Buick is an American automotive manufacturing division of General Motors. Buick is primarily known in the modern era for offering premium upscale models, providing a compromise in quality between the economy cars of Chevrolet and the luxury vehicles of Cadillac.

As one of the first American automakers, the company was founded in 1899 as the Buick Auto-Vim and Power Company in Detroit, Michigan. Although the company made a few one-off vehicles in its early years, it was primarily focused on producing stationary and marine engines. However, the company changed its name to the Buick Motor Company in 1903 and commenced automobile production in 1904 after moving to the city of Flint.

In 1908, General Motors was founded as a holding company, taking inspiration from General Electric. Buick was integrated as the first manufacturer and was later joined by Oldsmobile, Cadillac, and many other automotive marques over the years.

Despite being an infamous American automotive brand, the current lineup of Buick vehicles is most successfully marketed in China, where roughly 80% of Buick models are sold.

Encore GX: A slighter larger version of the Encore with more cabin and cargo space

Enclave: This premium full-size SUV is the largest and most expensive model currently offered by the Buick brand

LaCrosse: A premium midsize sedan that succeeded the Century and Skylark

Regal: A Buick nameplate assigned to a lineup of builds, including a sedan, Sportback, and station wagon

Read the latest articles about Buick 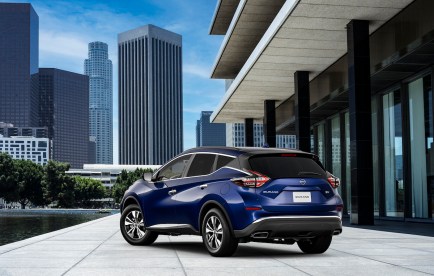 3 Advantages the 2023 Nissan Murano Has Over the Buick Envision

Want a Super Safe Luxury SUV for Your Kids? Buy Them a Lexus or a Buick 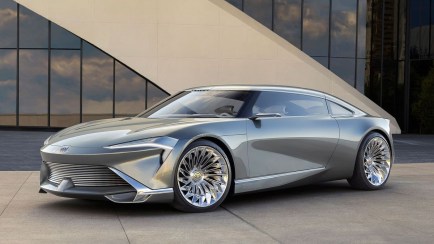 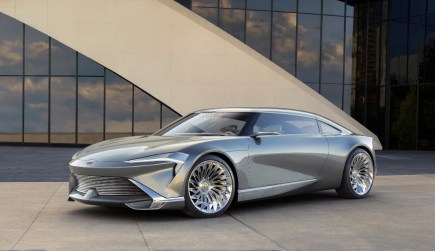 GM to Buick Dealers: Sell GM Electric Vehicles or We Can Buy You Out

3 Advantages the 2023 Nissan Murano Has Over the Buick Envision

Want a Super Safe Luxury SUV for Your Kids? Buy Them a Lexus or a Buick

GM to Buick Dealers: Sell GM Electric Vehicles or We Can Buy You Out

Buick Ranks Highest in Quality According to J.D. Power

This Will Be the Last Gas-Powered Cadillac

How Did the 2022 Porsche Macan Lose to the 2022 Buick Envision on Consumer Reports?

There’s No Reason to Wait for the 2023 Buick Enclave

Buick Declares an All-Electric Lineup by 2030

The 2023 Buick Enclave Has 2 Big Drawbacks

Buick Is Bland: Will This Fix It?

What’s Different About the 2022 Buick Enclave

How Much is a Fully Loaded 2022 Buick Envision?

What Happened to the Buick Terraza Minivan?

Barn Find Alert: A Brand-New 1987 Buick GNX With Only 9 Miles Discovered in a Barn After 35 Years