Choosing a long-lasting car is important to most potential car buyers. However, it doesn’t need to be a gamble; you can pick a vehicle that will almost certainly go the distance. In iSeeCars recent lifespan study, Toyota dominated the list of cars, trucks, and SUVs with the potential to rack up serious mileage with models like the Toyota Camry Hybrid. Here are three of Toyota’s sedans likely to sail past 200,000 miles.

How long will Avalon last?

Moreover, 3.9% of Avalons have over 200,000 miles on their odometers. While that might not seem like much, it’s much higher than the 1.2% industry standard.

Is Toyota Camry a long-lasting sedan?

The second longest-lasting Toyota sedan in iSeeCars’ lifespan study is the Toyota Camry. Specifically, it manages a potential lifespan figure of 223,249 miles. That puts the Camry just behind the Honda Accord and its 226,168. However, it is enough to snag the fourth-place spot for the Camry in the longevity study.

The Toyota sedan is also a reliable choice; RepairPal says the 2022 model year Camry scored a 4.0 out of 5.0 in terms of reliability. Moreover, the above-average-scoring Camry ranked third out of 24 midsize models. Also, with an average annual repair cost of $388, the 2022 Toyota Camry is much cheaper to maintain and repair than the $526 industry average for midsize vehicles.

How many miles will Toyota Corolla last?

The Corolla is the third longest-lasting Toyota Car, coming in behind the Avalon and Camry. However, the Corolla still manages to snag a spot among the top-performing sedans in the longevity study. Specifically, the Corolla earned the 9th spot in the top 10 longest-lasting sedans. 1% of Toyota Corollas from 10 of the last 20 model years have 204,266 miles on their odometers. 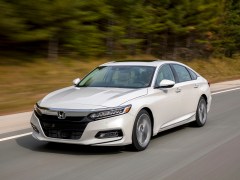 3 of the Longest-Lasting Honda Cars Will Last Over 200,000 Miles 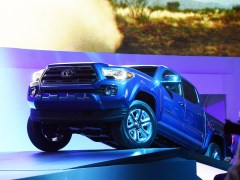 8 of the Longest-Lasting Vehicles Will Last Over 200,000 Miles

Toyota’s reliability and longevity credentials don’t stop with these three cars. As a brand, Toyota dominated the lifespan study. The marque earned 10 of the top 20 spots and three of the top four top-performing vehicle spots. However, more so than sedans, the marque’s SUVs topped the list.

The Toyota Sequoia and Land Cruiser scored the highest, with 296,509 and 280,236 miles, respectively. Surprisingly, the Toyota Prius outperformed the Avalon, with 1% of the hybrid models showing 250,601 miles on the odometer. Moreover, RepairPal named the Toyota Corolla the most reliable compact car model, although it identified Toyota as the seventh most reliable brand for 2022.

How long has your Toyota lasted? Leave us a comment below!