It’s time to give the Chevrolet Equinox another chance. It’s already an affordable and reliable SUV for families. Now used Chevy Equinox models are growing increasingly popular. Drivers are scooping them up, but are they making a mistake? Let’s see if buying a used Equinox is a good idea.

Is buying a used Chevy Equinox model a good idea?

Yes, finding the right used Chevy Equinox model can provide an affordable, long-lasting option for families. According to AutoWeek, people are flocking to the used Equinox. It came in fourth place of the list of the top 10 most popular used vehicles.

The Equinox is the most popular used SUV and takes up 2.2 percent of the used vehicle market. It beats the used Toyota RAV4! It’s currently only being outranked by the Ram 1500, Chevy Silverado, and Ford F-150.

On that note, the Ford F-150 is the most popular used vehicle of 2022 and takes up 3.3 percent of the market, so the Equinox isn’t far behind. But let’s see what to consider while shopping for a used Equinox.

How reliable is the Equinox?

You can find a pretty reliable used Chevy Equinox model. The Equinox is an extremely reliable SUV. It earned a score of 90 out of 100 from J.D.Power. Vehicles with a score between 91 to 100 are best, while scores between 81 – 90 are great.

The Equinox has an above-average reliability score. The ranking is based on feedback provided by actual owners.

But proper care and regular maintenance are key. Be sure to change the oil regularly, perform routine maintenance, use smooth driving habits, and fix a repair as soon as possible. Delaying a problem could result in a much larger issue.

A used Equinox isn’t considered a high mileage model until it reaches about 150,000 miles. That’s when the chance for minor repairs, such as replacing belts, changing the brake pads, and replacing the water pump, increases.

What is the best used Equinox model year? 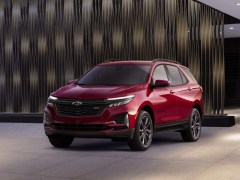 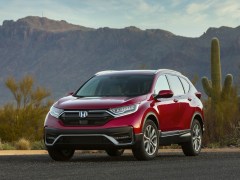 It can be a good idea to look for a used Chevy Equinox model from the second generation. While models between 2010 to 2017 won’t have the most modern tech updates, they are affordable and reliable.

The much improved 2.4-liter inline-four engine replaced the 3.5-liter V6 engine from the first generation. Also, the Equinox received mechanical updates to correct a variety of issues and to improve its ride and handling. It became more like a crossover than a car.

The current generation emerged in 2018 and is even more reliable than the second generation. Models from 2018 to 2022 could be more expensive, but they have fresh updates such as Apple CarPlay/Android Auto, ambient lighting, an upgraded rearview camera, and modern safety features.

Also, models from the first generation are considered to b the worst-used Chevy Equinox options. Vehicles manufactured between 2005 to 2009 experienced tons of trouble with the coolant, gasket, engine, heater, defroster, and airbags.

Buying a used Equinox is a great idea to consider. Just be sure to do your homework to find a model that has been properly taken care of.