2022 has come to a close, and that means it’s time to review the best-selling pickup trucks of the year. But frankly, I don’t think you’ll be too surprised at what’s at the top of the list. Still, despite rising costs, this segment remains extremely popular. So, which pickup trucks were the hottest of 2022?

The Ford F-Series truck sold the most in 2022. That marks the 46th consecutive year that the Blue Oval has built the top pickup truck in the United States. Just over 650,000 units were sold, with a portion of those being the new electric truck known as the F-150 Lightning.

Ford is consistently a truck manufacturer that wins among consumers. So, it’s not surprising to see the F-Series at the top of the list. Still, nearly 50 years of being the most popular truck is impressive. Let’s take a look at some of the other top sellers.

Ram was able to move 468,344 trucks in 2022. That number includes the Ram 1500 as well as the heavy-duty trucks that the brand sells. Ram pickups are known for their comfortable ride and ability to come with some serious luxury features.

Ram also finally introduced a true competitor to the Ford F-150 Raptor. Known as the Ram TRX, this full-size truck comes with power and capability. If you want the Ram TRX though, don’t expect it to come cheap. It has a starting MSRP of over $80,000.

With GM reclaiming the throne as the top automaker, it makes sense that the Silverado is popular. In 2022, Chevy sold 523,249 Silverado trucks. The Chevy Silverado is a truck that comes in a variety of configurations, and it shares its platform with the GMC Sierra.

According to Motor1, there was a slight decrease in the number of Silverados sold in 2021. But, it’s still the second-best-selling truck in the country.

The best-selling truck in the United States for 2022 is the Ford F-Series of pickups. The Ford F-150 has long been the truck of choice for many consumers, and there is no sign of that slowing down any time soon. Ford also sells heavy-duty trucks in the lineup, and those appear to be popular as well.

Ford trucks offer a variety of powertrain options and trims range from work-spec to luxury. Because of that range, there is really an F-Series truck for everyone. And that looks like it has paid off for the Blue Oval.

The Rivian R1T sold the fewest amount of units in 2022. But that is not necessarily because it is a bad truck; 2022 was simply its first full year of production. As an electric truck, the Rivian has been making waves across the industry, even if it is not really affordable. 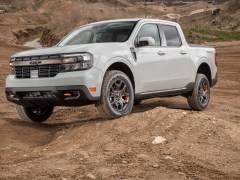 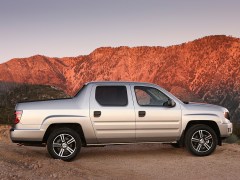 In the coming years, I expect more folks to purchase this truck. Especially as more and more consumers decide to make the jump to electric.