What if it’s time for the Jeep Comanche to return? The Ford Bronco came back to rival the Jeep Wrangler, the Ford Maverick was a neat car that’s now a popular tiny truck, and the Chevy Blazer destroyed its heritage. Now rumors suggest the Jeep Comanche is next, and speculation is running wild.

Is the Jeep Comanche the next Jeep truck?

It’s possible that the Jeep Comanche could make its return soon. Across each vehicle brand, people want a single-cab truck, and companies are taking notice. That could be why the two-door Toyota Hilux just made its debut.

Plus, the tiny truck world is exploding as the Ford Maverick breaks sales records. The Hyundai Santa Cruz is great, but it’s not hurting the Maverick. Also, Toyota and Chevy might get in the game. However, the Maverick is the top option to beat.

It’s the perfect time for the Comanche or single-cab Jeep truck to stun the competition. While the Jeep Gladiator is great for those with towing and hauling needs, it’s big. The longer wheelbase isn’t the best for rock climbing and narrow trails.

But a smaller truck could be better equipped for climbing and adventuring. The Comanche could hang out with the two-door Jeep Wrangler.

How would the new Comanche work?

The Jeep Comanche could be based on the Jeep Renegade, like the Ford Maverick is based on the Ford Escape. Pickup Truck News mentioned that it could borrow the same platform, only it would have a truck bed instead of a rear seat.

It might look similar to the Jeep J6 concept, which made us thirsty for a single-cab Jeep truck back in 2020. Also, the old Comanche was based on the Jeep Cherokee back in the day, so we won’t count a Cherokee-based option out just yet.

Also, don’t knock the Jeep Renegade. It’s an incredibly capable off-roader that can venture right off the lot into the wild. It keeps up with some total beasts on the trails.

Anyways, the Jeep Comanche could have an edge on the Maverick by using a traditional body-on-frame build. This would make it more durable for off-roading and increase its suspension travel.

Options like the Ford Maverick and Hyundai Santa Cruz have a unibody build, which helps them handle more like SUVs.

It’s safe to expect a variety of trim levels. The standard model might be available with FWD and 4×4. Plus, a Trailhawk trim would bring more off-roading prowess to the table. It has the potential to blow the Ford Maverick Tremor out of the water.

How much power will the Comanche have? 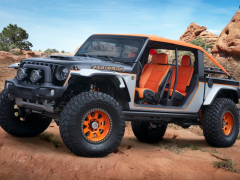 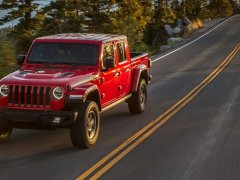 Rumors suggest that the Jeep Comanche could borrow from the Jeep Renegade. But when is the Renegade getting fresh updates? It’s had the same 1.3-liter turbocharged four-cylinder engine with 177 hp and 210 lb-ft of torque for a while.

There are ideas about a new PHEV setup with 240 hp available. But a hybrid truck or Comanche 4xe would probably arrive first. Also, we are still waiting on the Jeep Renegade 4xe. Other countries could have a new turbodiesel model.

We hope that the Jeep Comanche can tow up to 5,000 lbs to match the Hyundai Santa Cruz and outmuscle the Ford Maverick. But we have to wait to learn more.

Stay tuned for the latest updates. We could learn more about the Comanche soon at the beginning of 2023.