We’ve all been there. You know, when you just need to climb into the back seat after a long day? Well, some of us need all the room we can get back there, and about the best way to judge which cars and SUVs have the most room is by back seat legroom.

But, of course, not every car or SUV with a lot of room is one you want to climb in the back seat of. For example, a Toyota Sienna minivan may have a lot of room in the back, but nobody really wants to sit back there, no matter how large the optional TV screens are. These are some of our picks for back-seat shenanigans.

The Audi A8 L adds some backseat room

The Audi A8 is a remarkable sedan. It’s a highway bomber in a svelte suit with all-wheel drive. It may not be as quick as some rivals from BMW or Mercedes, but it makes up for its lack of pace with tons of options.

It has 44.3 inches of back seat legroom, but that’s not all: the rear seats in the Executive package are heated, too, in this $85,000 luxury sedan.

You can stretch out in the back of the Mercedes-Benz S-Class sedan. With 44-inches of back seat legroom, there’s plenty of room in the back of this luxo-barge. But roominess isn’t what this car is all about, instead its strong suit is its fit, finish, and premium materials that make the front and reclining back seats a place of luxury, at any time of day. The S580’s 496-horsepower V8 is smooth and powerful, and you’ll get the technology of tomorrow’s C-Class today.

Kia Telluride stepped it up for 2023

The Kia Telluride has an amazing 41.7 inches of rear seat legroom. Sure, the Kia nameplate may not impress as much as a giant three-pointed star on the hood, but inside the Telluride holds its own, in top trims, as a near-luxury SUV. The new 2023 version has updated styling that gives it a striking street presence, too. It has the most back seat room of any midsize SUV.

BMW 7-Series can embarrass sports cars with its performance

With 44 inches of rear seat room, the 2023 BMW 7-series has plenty of room in back, just watch out for the giant 31-inch rear entertainment display that drops down from the ceiling. The 760xDrive version with a 536-horsepower V8 an all-wheel drive will embarrass most sportscars in a straight line, too. Sure, it’s a $115,000 car, but there are only a few vehicles that match its pace and grace.

As its name suggests, the Land Rover Range Rover in Long Wheelbase form has a lot of room in back because it was designed for people who have a driver, not those who drive. The extra inches in the wheelbase allowed the company to extend the Rover to have a monstrous 48 inches of back seat room. That’s enough for most of us to spread out. Also, for 2023, you can order one with as a plug-in hybrid, which means you can sail to your favorite parking space in silence, which has an MSRP that starts at $106,000.

Aston Martin DBX is a fast, but not flashy, SUV

Believe it or not, the Aston Martin DBX has nearly 41 inches of rear-seat legroom. It’s a fast, svelte, SUV to be sure. But, it also has one of the roomiest back seats in the business. And, for quick getaways, it’s hard to beat this SUV’s sweet-sounding 697-horsepower V8 in the DBX 707 version. But even the base version can hit 60 mph in 4.0 seconds, according to Motor Trend. Unlike other SUVs, this one has a presence on the road that’s hard to deny, but not flashy. 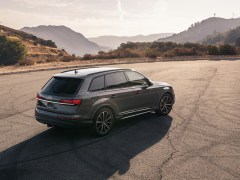 The Nissan Altima doesn’t get a lot of love from the automotive press. But, trust us on this one.