Yikes, things aren’t looking too good for the Chevrolet Silverado 1500 regarding reliability rankings. The 2023 Chevy Silverado 1500 has a lot of improvements to consider, but its lifespan isn’t one of them.

The 2023 Chevy Silverado 1500 has one of the worst reliability rankings in its class. According to Consumer Reports, it’s in second to last place. Only the Ford F-150 Hybrid has a lower rating, but we know that’s primarily due to battery problems.

But while Consumer Reports makes it seem like the Silverado is tanking, J.D. Power presents a slightly better story. It gave the 2022 Chevy Silverado 1500 a reliability ranking of 83 out of 100. Anything between 91 – 100 is great, but anything between 81 – 90 is good.

Consumer Reports has a predicted reliability ranking based on issues that have been reported on previous model years. So, it’s possible that J.D. Power could give the 2023 Silverado a lower score after reviewing the truck.

Most critics expect the Silverado 1500 to reach at least 200,000 miles. But some drivers are reaching between 250,000 to 300,000 miles. Providing proper care and maintenance are crucial to prolonging life.

What are the biggest Silverado 1500 problems?

However, the 2023 Chevy Silverado 1500 may have solved the diesel engine problems. The engine has been revised with new steel pistons, steel fuel injectors, a modified turbo compressor, and improved temperature control features.

The engine now provides 305 hp and 495 lb-ft of torque which is an increase over the outgoing model’s 277 hp and 460 lb-ft of torque. However, the cranking issues were related to the position of the camshaft wheel. It’s unclear if that has been updated.

Drivers also report fuel senor issues with the Silverado. Fuel tank pressure sensor malfunctions lead to incorrect gas gauge readings. Even after filling up, the gas tank figures might not change. Some people have replaced the sensor and the fuel tank injector to solve this problem.

Transmission problems are another widespread issue. There are reports of the Silverado getting stuck in park and randomly shifting into neutral while losing power. Electrical problems can cause the trucks not to start as well.

Is the Silverado 1500 still worth buying? 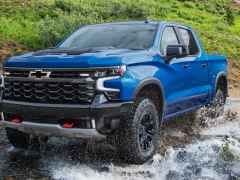 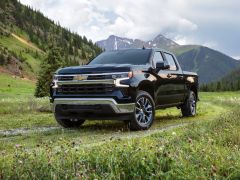 Yes, the 2023 Chevy Silverado 1500 is worth buying, despite its seedy reliability rankings. Consumer Reports provides predicted ratings, while J.D. Power reports on current ratings. Older issues with the truck may have been corrected for 2023.

It has a robust engine lineup, can tow up to 13,300 lbs, and the Duramax diesel engine is available with more trim levels. The interior got a slight refresh, and the updated tech includes a massive 13.4-inch screen.

The Silverado 1500 is a worth Ford F-150 rival with similar reliability projections. It could catch up to the Ram 1500 and Toyota Tundra soon.