The name Nissan is one of the world’s most recognized and successful automobile brands. Over the years, it has grown to include historic vehicles of different models that buyers of all pocket depths can choose from. Nissan is globally acknowledged as one of the best car brands to buy and drive and a symbol of Japanese ingenuity and engineering prowess.

Mostly known simply as Nissan, the Nissan Motor Corporation is a global Japanese automaker with its headquarters in Nishi-Ku, Yokohama, Japan, offering a wide variety of automobiles, with SUVs ranking among the best. But what does the name “Nissan” mean?

The Nissan Motor Company became the official name of the Tokyo-based Automobile Manufacturing Co., Ltd. on June 1, 1934. A year later after its founding in December 1933, History reveals that the company changed its name to Nippon Sangyo.

In April 1935, Nissan built its first Datsun at its Yokohama factory. In the same year, the firm started exporting automobiles to Australia. Nissan completely switched from manufacturing small passenger cars to making trucks and military vehicles beginning in 1938 and continuing during World War II.

According to Britannica, the principal Nissan factories were taken over by Allied occupation troops in 1945. Although they permitted the restart of Nissan and Datsun automobile manufacturing at one factory, they did not return the other facilities to Nissan until 1955. Additionally, throughout the 1950s, Nissan increased its presence in the American auto industry. In 1966, it merged with the Prince Motor Company of Japan, giving birth to the renowned Nissan Z in 1969.

The name Nissan was derived from the Tokyo Stock Exchange’s shorthand for Nihon Sangyo and is not a Japanese surname or a combination of Japanese words.

When Nihon Sangyo was founded in 1928, the Tokyo Stock Exchange gave it the nickname Nissan for the first letters of each word (Ni-San). Nihon Sangyo, which primarily dealt in foundries and car components, grew beyond its Japanese origins and entered the United States formally as Datsun in 1958, according to Nissan USA.

The Yokohama Plant’s construction was completed in 1934, and the company’s name changed to Nissan Motor Co., Ltd. Nissan was the first Japanese carmaker to receive the Deming Prize for superior engineering in 1960, which boosted their sales in Japan and overseas, particularly with new Datsun models such as the Bluebird (1959), Cedric (1960), and Sunny (1966).

The Nissan logo was born when Nissan Motor Corporation merged with Datsun car manufacturer in 1932 and refitted its symbol design for Nissan automobiles. Many original designs from the original Nissan logo are still in use today.

Nissan’s dedication to innovation and progress is furthered by the logo’s alignment with one of the company’s key values, as outlined by Downtown Nissan. 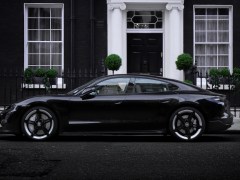 Do Electric Cars Lose Battery Power When Powered Off, Parked, and Doing Nothing?

The history behind the name DAT comes from the initials of three investors from Kwaishinsha, Den, Aoyama, and Takeuchi, combined in 1914. In the same year, the DAT automobile entered the Taisho Exposition. The company wasn’t officially Nissan until the 1930s, Nissan Global claims.

When Datsun sedans and small trucks were initially imported into the United States in the late 1950s, they not only represented the first Japanese automobiles but also had a significant influence on the market due to their distinctive automotive design.

In November 1957, the Datsun 1000 sedan was introduced. At the time, hardly everyone in Japan could afford a vehicle, but the automotive culture was starting to expand. Nissan’s full-scale export to North America was sparked by its appearance at the Imported Car Show in Los Angeles, California, in Jan. 1958, as well as the Datsun 1000’s victory in the Mobilgas Trial that same year.