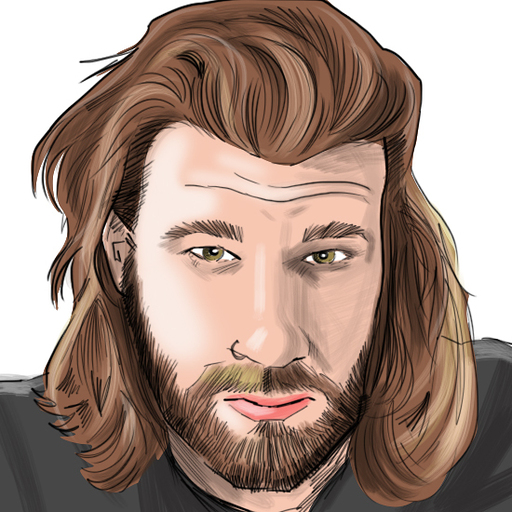 Peter Corn joined MotorBiscuit as an Autos Writer in 2020 and brings his quippiest Southern drawl to our table. Having, in his words, “helped” rebuild his dad’s 1959 MGA as a small child, Peter grew up loving vintage cars and trucks, adding motorcycles and all things 4×4 as he went.

Peter earned a Bachelor of Archeology and Creative Writing from the University of Alabama and has since melded his love of driving with storytelling. His voice, full of pleasantries and witticisms, can be enjoyed in The Gentleman Racer, The Vintagent, Gear Patrol, Iron & Air Magazine, and Classic Car Club Magazine.

Peter is a Co-Founder of both The Colloquial Magazine and The Fire Escape, the official podcast of The Colloquial. In an effort to increase his abilities in “ramping anything with wheels,” Peter has taken track training from Classic Car Club Manhattan and attended Rally School at Monticello Motor Club, where he was coached by eight-time Performance Rally motorsport champion Chris Duplessis.

On a lucky day, we get to hear Peter tell the story of his first car, a jewel of a 1958 Ford Fairlane, into which he dumped more time and money than made sense, but he has no regrets.

Is the New “Lug Nut Challenge” on TikTok Real or Just a Halloween Hysteria?

Tacozilla, the Chinook-Inspired Toyota Tacoma Camper, Is Coming For SEMA

STRIKE! 10,000 John Deere Workers Go on Strike, Prepare to Wait For Your Next Tractor

RV Recall Alert: Jayco RVs May Catch Fire and Dealers Are fixing It With Plywood?

Buy This $3 Mil Bugatti Chiron for a 10th of the Cost, If You’re Brave Enough

Don’t Be Fooled, the Ford Supervan Is Actually Just a Ford GT40

These Are the Best Beginner Motorcycles For New Motorcycle Riders

You Should Buy This Painfully Charming Vintage Airstream Camper Trailer

This Boat isn’t Invisible, You Just Don’t Know that You’re Looking at it

Why Does Volkswagen STILL Refuse to Sell VW camper vans in the U.S.?

The Royal Enfield Himalayan Might Be the Best Motorcycle for Beginners

Very Rare Vintage Jaguar Barn Find Was Raced Hard and Put Up Wet and Still Worth $250,000

Watch How Much Faster a Bugatti Chiron Is Than a Bugatti Veyron; It’s Hard to Believe

Want a Stick Shift Car? Here are 5 Fun and Affordable Used Cars and SUVs With 3 Pedals

‘Little Talladega’ Is the Ultimate AirBnB With Multiple Private Racetracks

Mahindra Might Make the Best Tractors But Can the Mahindra Thar Hang With a Real Jeep Wrangler?

You Are Buying a Car at the Worst Time; Here’s What to Do

Famous Novelist Bought a $50,000 Hispano-Suiza From Andy Griffith On a Whim and 3 Martinis

The 2021 Royal Enfield Himalayan Just Got a Killer Upgrade

This Nuclear Megayacht Was Designed to Save the World; Noah’s Ark Style

Do You Know How Strange the First Honda Production Vehicle Was

Is the Tesla Model S Plaid Fast Enough to Beat a Suzuki Hayabusa in a Drag Race?

This Affordable Camper Van Is Somehow Under $50k