At approximately 9:40 a.m. the plane was experiencing mechanical issues and had to make and emergency landing. Once landed in the left shoulder, the Nissan’s windshield struck the right wing. The driver of the Nissan and both occupants in the plane were transported to UMC Trauma.

When the emergency landing goes well, only to get hit by a Nissan Rogue

If Vegas is where you go to place your bets, what are the odds that a plane makes its emergency landing without injuries only to have the pilot and passenger injured in a car wreck only moments after? I wouldn’t make that bet.

Well, just outside of Las Vegas, Nevada, that exact scenario played out to everyone’s surprise.

According to Nevada State Highway Patrol, a two-seater DA20 was forced to make an emergency landing on US95 near Lee’s Canyon. The plane suffered serious mechanical issues in mid-flight, forcing the pilot to put the plane down as soon as possible. After radioing to local air traffic control, the plane found a spot and put down safely.

The plane came to a complete stop without any injury or even further damage to the plane. CarScoops reports that a witness who spoke with KRQE News said that the airplane occupants were uninjured in the landing and could both get out of the plane without issue. The witness, Kevin King of North Las Vegas, was also flying with an instructor pilot at the time of the incident. 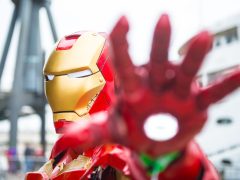 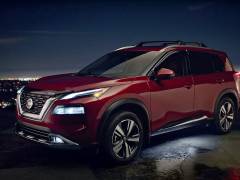 How Much Does a Fully Loaded 2022 Nissan Rogue Cost?

Air controllers told King and his flying instructor to fly over the scene and report back to make sure the plane made it down safely. Two still aloft managed to make radio contact with the two who had just made the emergency landing. The pair on the ground confirmed they were ok and out of the plane, standing behind the right wing of the plane, awaiting a ride.

Within about 10 minutes of the radio contact, a Nissan Rogue came down the highway and struck the plane’s left wing. This impact caused the plane to kick back and strike the pilots. The Nissan SUV driver and the pilots were all sent to the hospital. Despite the hospitalizations, all three people avoided life-threatening injuries, said local police.

How are you going to run into a parked plane?

With Non life threatening injuries. We currently have one travel lane open on the southbound side while Troopers finish their investigation. #DriveSafe #FlySafe #Plane #DayInTheLifeOfATrooper #NevadaStatePolice pic.twitter.com/55jeRzWr9X

King said the Nissan Rogue driver must have been moving a pretty good clip to incur that kind of damage. The Nissan’s windshield got knocked out as well as wrinkling the front corner panel and A-pillar a bit.

King also noted that plenty of other cars managed to pass the downed plane without incident, suggesting that the Nissan SUV driver may not have been paying attention. You can also tell by the photos that the plane was pulled pretty far over on the shoulder, certainly enough to give drivers room.

Although this scenario was pretty bizarre, it is a good reminder that you should always stand well clear of any roadside, especially when there is a road hazard present.