The minivan segment is shrinking as many shoppers buy an SUV instead of a minivan. Different types of cars have their advantages and disadvantages, and one area where minivans beat other segments is cargo capacity. Here’s a look at five minivans that have the most cargo space.

Why cargo space is essential for families

Many folks who own a minivan also have a family. For some households, a minivan is the only sensible option. This is because minivans also have a lot of cargo capacity and some of the highest seating capacities available in a vehicle. That extra cargo space can be handy for families and people without kids.

Minivans can allow owners to carry a lot of cargo without folding any seats down, which is helpful on road trips. Owners who don’t have a large family can fold their seats down and get even more cargo capacity. That space can then carry large equipment, such as TVs that would be too big for a sedan’s trunk or an SUV. Here are the minivans with the largest cargo space.

5. 2021 Toyota Sienna with super long slide seats that are fully back

According to Cars, the Sienna has 21.7 cu-ft of space behind its third-row seats and has 32.6 cu-ft of space when the third row is folded down. While the Toyota minivan is only in fifth place, it is unique in other ways.

The Sienna starts with a 2.5-liter four-cylinder hybrid powertrain as standard. It gets 245 hp, and it’s paired to a CVT. This configuration allows the Sienna to get about 36 mpg combined, which is very high for a minivan. A brand-new Sienna starts at about $37,000.

The Sienna’s long-term rival, the Honda Odyssey, is in fourth place as it has slightly more cargo capacity than the Sienna does. The Odyssey has somewhat less cargo capacity without folding the third-row seats, as it only gets 21.1 cu-ft. When the third row is folded, it gets 41.6 cu-ft, much more than the Sienna. The Honda minivan also starts at about $37,000.

The Chrysler Pacifica is one of the newer minivans, and it edges out the Odyssey and the Sienna in terms of cargo capacity. It has 17.6 cu-ft behind the third-row seats and 41.6 cu-ft when the third row is folded. However, Chrysler has Stow ‘n Go cargo compartments that add 3.2 cu-ft to the Pacifica’s numbers. This option also starts at about $37,000.

2. 2021 Toyota Sienna with super long slide seats that are midway back

A different configuration of the Sienna came in second place. When the minivan’s optional super long slide seats are slid midway back, it gets 44.6 cu-ft of cargo space with the third row folded down. However, its cargo capacity without folding the third-row seats remains unchanged at 21.7 cu-ft. 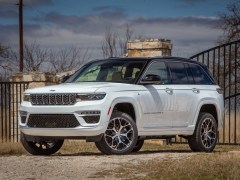 10 Midsize 2-Row SUVs With the Most Cargo Space 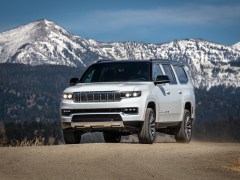 Full-Size SUVs With the Most Cargo Space 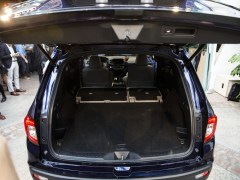 The minivan with the most cargo capacity right now is the Kia Carnival. Car shoppers may know it as the Sedona, but the South Korean automaker changed its name to the Carnival for the 2022 model year.