To many, the Toyota 4Runner is one of the best vehicles ever created. As an SUV, it is capable and practical. Plus, the 4Runner has a reputation for being able to pack on hundreds of thousands of miles. It’s been sold globally since 1984 across five generations. And if you are looking for the best Toyota 4Runner, you might want to consider the third generation.

Is the third-generation 4Runner the best?

For most, the third-gen 4Runner SUV is one of the best to get. It rides on an all-new chassis as well as an all-new body shell. It also shares a majority of its components with the Toyota Tacoma from the same era. The biggest perk is that you still get legitimate off-road capability along with on-road comfort. Two pretty good characteristics to have.

The third-generation 4Runner lasted from 1996 to 2002, with production starting in 1995. Although this era of Toyota SUV is not fully modern, they do offer enough to be daily driven if you want to. So, what makes the third-gen Toyota 4Runner so great?

Although you can get a third-gen 4Runner with a four-cylinder engine, the one to get is the V6. The 5VZ-FE engine is known to be able to go well over 200,000 with proper maintenance. And that is why you see so many Toyota SUVs from this era with so many miles on them.

In the 4Runner, this engine makes 183 horsepower and 217 pound-foot of torque. And while that certainly isn’t as powerful as the engines of today, it’s enough to keep this mid-size SUV moving forward.

This V6 was produced between 1995 and 2004. It’s used in a variety of Toyota products, not just the 4Runner. So clearly, the brand had a lot of faith in it.

The third-gen 4Runner is capable

Capability is where this Toyota SUV truly shines. And it’s probably why so many off-road enthusiasts look to this era of 4Runner for 4×4 builds. The new 4Runner was the first to offer an electronic locking rear differential, which was previously limited to the Land Cruiser.

Prior to the 2000 model, Toyota offered a five-speed manual transmission. So, you get the capability of 4WD with the ability to row your own gears. That’s a pretty cool feature to have in an SUV like this.

This Toyota SUV is long-lasting

When it comes to lifespan, the third-gen 4Runner is known to last over 300,000 miles. Especially if proper maintenance and repair are taken care of. In fact, even with over 200,000 miles on the clock, you will likely spend around $10k if you want to buy one. And that’s pretty nuts, considering how old this 4Runner is. 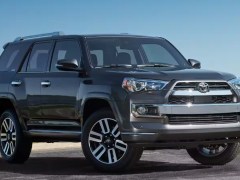 4 Things to Know Before Getting a 2023 Toyota 4Runner

According to AutoTrader, the third-generation Toyota 4Runner is the best. And that is not the only praise this SUV has gotten over the years. It’s a good mix of old-school with some modern comforts. And it wouldn’t be surprising if clean models continue to climb in value.