The automobile’s reality is that each car has its pros and cons. Obviously, what each buyer prioritizes may be different, but understanding what each car brings to the table is an integral part of the buying process. The 2019 Nissan Sentra is the last model year of the seventh generation which began back in 2012. Being the final year before a redesigned model, the 2019 Sentra may not be for everyone.

The 2019 model year will appeal to consumers that enjoy a simple design—a back-to-basics “point A to point B” type of vehicle. The cabin may be quite outdated, but everything is straightforward and easy to use, reports Edmunds. Thankfully, the 2019 model year saw the introduction of an updated infotainment system that offers Apple Carplay and Android Auto via a 7.0” touchscreen. It’s worth noting that the base S trim does not include smartphone connectivity, so we would recommend opting for a Sentra SV or above.

The 2019 Nissan Sentra gets decent fuel economy for a car in its class, with MotorTrend reporting 27 city mpg and 37 highway mpg for the naturally aspirated 1.8L four-cylinder engine. If you opt for the more powerful turbo powertrain found in the SR Turbo or NISMO trims, you’ll take a slight penalty at 27/33 mpg and 25/30 mpg, respectively. Though the manual transmission typically decreases your fuel economy compared to the CVT, opting to row your gears in the NISMO will boost you to 31 mpg on the highway. Though this doesn’t quite match the class leader Toyota Yaris, the Sentra matches other competitors in its class, including the Hyundai Accent and Chevy Cruze, reports KBB.

Kelley Blue Book reports that the 2019 Sentra S’s average list price is between $12.6k-15.4k. If you want a bit more power and some sporting credentials, the SR Turbo and NISMO models tend to be trading closer to the $20k range. Not a bad discount, given the NISMO’s MSRP was $26,040. 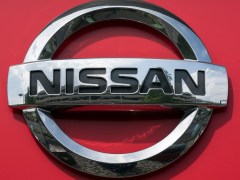 Only 1 Nissan Model Improved Reliability in 2022, According to Consumer Reports

The 2019 Nissan Sentra has some great qualities, but speed definitely isn’t one of them. That being the case, it’s only fair to acknowledge that compacts are not typically intended for speed or enjoyment.

The 1.8L four-cylinder fitted to all non-turbo models produces 124 hp and 125 lb-ft of torque. If you opt for the SR Turbo or NISMO trim, you’ll get a 1.6L turbocharged four-cylinder that puts out 188 hp and 177 lb-ft of torque. Despite the power increase and upgrades to the NISMO, MotorTrend reports the clutch to be vague, the powerband peaky, and overall performance that doesn’t quite make up for the harsh ride.

It doesn’t offer a hatch

Some of the best competitors to the Nissan Sentra offer multiple body styles. While the compact coupe is no longer a common sight, the hatchback has remained quite popular in recent years. In fact, Subaru has announced that the upcoming sixth-generation Impreza will only be offered as a hatchback. Competitors like the Mazda3, Honda Civic, Toyota Corolla, and Chevy Cruze all offered a hatchback version for the 2019 model year.

According to U.S. News, “The 2019 Sentra’s five-year costs for gas, insurance, taxes, fees, repairs, and maintenance are projected to be about $26,410, or $5,282 per year”. They report this number to be very high compared to its competitors. Additionally, the Sentra’s reliability rating is only average.

Sure, the 2019 Sentra doesn’t stand out in any meaningful way. Most competitors offer better performance, a better interior, and more modern tech, but the Sentra offers simplicity and affordability. Not for nothing, but in an automotive landscape filled with ever-increasing technological complexity and the outrageous price of new cars, some cheap wheels may be just what the doctor ordered.