The compact, car-based pickup trucks are having quite the moment: The Hyundai Santa Cruz debuted to fantastic reviews, and Ford can’t seem to build enough Mavericks pickups to meet demand. But a decade before both these compact trucks, we almost had a modern Chevy El Camino: the Pontiac G8 ST/Holden Ute.

Holden was General Motors’ Australian division. It built several trim levels of the Holden Commodore sedan, including one pickup truck variant. Until 2017, the Holden Utility was a two-door utility coupe. Holden also advertised it as the “ute” which is Australian slang for a pickup truck.

The Australian automaker built various Utes, as early as 1951. But the 2000 through 2017 Holden Utility was a distinct vehicle. By the end of its run, you could choose between a 3.6-liter V6 and a 6.0-liter V8 with special SS trims.

Other Ute variations included the four-door Holden Crewman, the chassis/cab Holden One Tonner, and the performance-oriented Maloo which was built by the standalone Holden Special Vehicles (HSV) division. In 2006, a Maloo even beat out the Dodge Ram SRT-10 for the world’s fastest pickup when it reached a top speed of 168 MPH.

General Motors revealed an American market version of the Holden Ute at the 2008 New York International Auto Show. This coupe utility was badged as the Pontiac G8 Sport Truck (ST).

Despite the different branding, the Pontiac G8 ST featured the same specifications as the Holden Ute. This included a 73-inch cargo bed, a 3.6-liter V6, and even the available 6.0-liter V8. PickupTruck.com reported that GM had told the press that the Pontiac Sport Truck would be a 2010 model–according to Web Archive. It was slated to start at $31,000.

Right before the Pontiac G8 ST could go into production, and international recession struck. GM, like most automakers, decided to reduce its lineup. The shifting exchange rate between Australian dollars and US dollars made the G8 ST especially risky, so GM cut the project.

The new Chevy Camino SS that could have been

General Motors canceled the Chevrolet Camino back in 1987. The Pontiac G8 ST was set to be its first coupe utility in two decades. But why wasn’t it badged as a Chevry Camino?

From an engineering perspective, the Pontiac badge made sense. The Holden Commodore of the era was directly based upon the Pontiac G8, and the Holden Ute was a modified Commodore.

General Motors went so far as to hold a naming contest for the Pontiac G8 ST. The company received over 18,000 suggestions, some of which must have been “El Camino,” yet it held onto the Pontiac G8 ST name until it canceled the project. Perhaps GM planned to release a special edition–with an even more powerful engine–badged as the Chevy El Camino. Sadly, we’ll never know.

Next, read why Chevy should build a new square body truck or learn about the Colorado company importing Holden Ute bodies for Pontiac G8s in the Dough DeMuro video below: 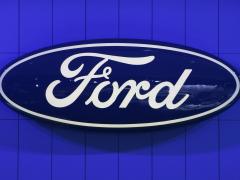 Ford Is Still Refusing To Give Us A Faster Horse 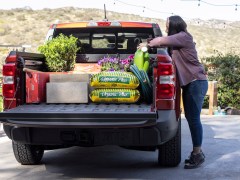 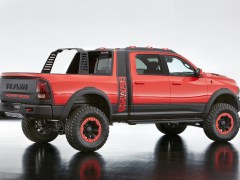 Here’s How Ram’s ‘Macho’ Power Wagon Got Its Name 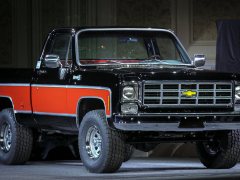