When renting a car, do you think about how clean its interior is? Probably not. After all, it’s the rental agent’s job to clean each car before they go to the next customer, right? Maybe. However, rental car agents don’t exactly sterilize each car between rental periods, so there’s likely to be plenty of bacteria in most of the commonly used spots in any given car. In fact, one study from Grand Prix Grand Tours shows that the average rental car could be dirtier than a public bathroom – specifically, a toilet seat. Eww.

Would you believe that there could be – and most likely will be – fecal matter in your next rental car? If not, then take a study conducted by Aston University’s School of Biosciences into consideration the next time you sit in a rental car. According to the study, various types of bacterial contamination were found inside many cars.

The main bacteria found in the cars tested were E.coli or fecal matter. The worst of the bacteria was found in the trunk and other areas where groceries and take-out food would be stored. Check out this breakdown of the filthiest areas found by the researchers:

Interestingly, the steering wheel was the least contaminated, but that could have been due to the driver’s use of hand sanitizer on most occasions. The trunk was obviously the most contaminated, and altogether, the cars tested compared highly with similar amounts of bacteria found on two home toilets that were cleaned and used within a 24-hour period, the Classic Cars Journal reported.

Back in 2020, Inside Edition conducted a test to check the cleanliness of various rental cars. One company was Avis, whose commercials advertised, “I pledge to disinfect your car like my own.” That’s a bold statement to make, considering this was at a time when people were scrubbing their vegetables in fear of the virus.

To conduct the test, Inside Edition’s Investigative Unit rented a red Jeep from an Avis rental agency in New York. They got to work, spraying the inside of the windows with the Inside Edition logo and painting some of the surfaces inside the Jeep with blacklight-activated ink.

They then returned the car and had another producer rent the same car a few hours later. When they shined a UV light on the surfaces of the car, they found that none of the paint was cleaned off.

Avis responded to the findings by apologizing and saying, “This instance is not in line with our high safety standards. We are currently conducting a review of this incident, and thank you for bringing it to our attention.”

The Inside Edition crew conducted the same study at a Hertz and Thrifty rental car agency, which yielded similar results. Both agencies refunded the crew and apologized.

How can you ensure that your next rental car is cleaned properly? 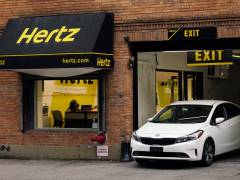 Can I use a Rental Car For My Driving Test? 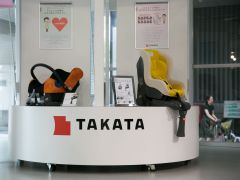 If you want to ensure that your next rental car is clean, you can use sanitizing wipes and vacuum the car after receiving it. Wipe down the dashboard, shifter, center console, and armrest areas, as they are the most touched surfaces. Essentially, it’s a good idea to treat the interior of the car like a hotel room. You never know what’s in it, so be generous with the sanitizing wipes or spray.

If you receive a car that’s not cleaned up to your standards, feel free to report it to the rental car agency. After it’s their job to ensure the safety of the customers, not keep their cars as dirty as a public bathroom.