There’s some good news out there for anyone looking to buy a used car or truck. Since 2020, used car prices have gone through the roof as new cars got more and more scarce. But it looks like that trend is finally easing. New data from investment firm J.P. Morgan shows that used car prices have peaked and prices are on the decline by up to 20% for 2023.

Used car prices for 2023 are dropping

The used car market is cooling and we’re seeing “glimmers of normalization,” according to a new report from J.P. Morgan. Used car prices are dropping and the index used to track wholesale auction prices of used cars hit a high in January and has dropped about 15% since then, which means used car dealers are now paying less and hopefully passing those savings along. The firm expects used car prices to drop 10% to 20% in 2023 as more new cars are built.

The automotive market seems to live in an unvirtuous circle (unless you’re a dealer). A shortage of new cars means there’s a demand for used cars. Demand for used cars means prices increase. However, at the same time, there are fewer used cars to trade in. All of that added up to a spike in the cost of a used car or truck simply because supply was low, and demand was high.

New vehicle prices, however, are up but dropping

The average cost for a new car, truck or SUV in September of 2022 was up $3,462 according to J.P. Morgan. That means the average vehicle sale was $45,622, the fourth highest average price ever. That means that Vehicles like the $45,000 Toyota RAV4 Prime or the $43,000 Jeep Grand Cherokee, which are premium SUVs, are now average-priced vehicles.

J.P Morgan said the overall industry will see a “lower volume, higher price,” world going forward. That means that dealers will have fewer cars and trucks to sell, and look to make more money off each car or truck they do sell. J.P. Morgan expects new car prices to drop 2.5% to 5% in 2023.

J.P. Morgan said that high prices have created “demand destruction,” which is a nice way of saying that buyers are fed up with buying overpriced new cars. Overall, car and truck sales are down. Rising interest rates, though, could also have a major impact on new car sales. A 1-point increase in an interest rate fee means an increase of $20 per month on an average $45,000 vehicle, loan.

Electric car sales are up, despite the issues 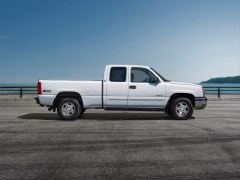 J.P. Morgan said that electric car sales are now 12% of the market. While 25% of Americans are now considering an electric car, their higher prices are still keeping buyers away. But there are several new, less-expensive, EVs coming that could change that. The Chevy Bolt and Nissan Leaf are now less than $30,000, while VW’s ID.4 SUV and the Kia Niro start at about $39,000. Those lower-priced EVs could drive more people to EVs in 2023.