Since 2014, the Honda Sensing and AcuraWatch safety packages have been part of our lives. First introduced in the 2015 Honda CR-V and Acura TLX, these advanced safety and driver-assist systems have grown to be part of nearly seven million vehicles on American roadways. Now, Honda is looking for ways to take human error out of the equation.

Recently, Honda announced the development of the Honda Sensing 360 and Honda Sensing Elite. Neither of these packages is ready for public roads but will likely be implemented in the second half of the decade. Honda’s goal for the Honda Sensing 360 package is to implement it in all Honda vehicles by 2030. Of course, an AcuraWatch version will also be offered by this timeframe.

What is Honda’s global safety vision?

The company recently announced its goal of zero traffic fatalities involving all Honda vehicles, including motorcycles, and carbon neutrality for all products and corporate activities. Honda put on a date of 2050 for this goal. This gives the brand time to overcome any obstacles along the way.

What should we expect in the new Honda Sensing 360 package?

While we don’t have specific names for the new features encompassed by this package, we’ve learned what Honda is working toward with this new safety tech. This new Honda Sensing 360 package should reduce the likelihood of collisions with monitors that accurately detect abnormal conditions for the diver and the vehicle’s surroundings.

This new package will arrive in Honda vehicles sold in China by 2024 and should reduce collisions caused by health problems and human error.

Is the Honda Sensing Elite Package the next level of hands-free driving?

Without specifically stating that this package would be a hands-free driving program, it’s exactly what’s being developed. This package should offer drivers a smooth and seamless ride to every destination, including on non-expressway roads.

Initially, the answer is no. While the Honda Sensing 360 and Honda Sensing Elite are certainly the next step in safety advancements for the brand, neither will eliminate all traffic fatalities. That said, the movement toward safer vehicles with much more advanced features takes several steps forward. The stated Honda goal is to reach the zero fatalities mark by 2050, which seems possible.

Some automakers already have self-driving tech to take the human element out of driving altogether. The speed of technology has been extremely fast in the last several years, which allows a relatively safe prediction that Honda and Acura vehicles might not experience any traffic fatalities by 2050.

Next, check out 5 SUVs with excellent resale value, or learn more about the advancements of the Honda safety technology in the video below: 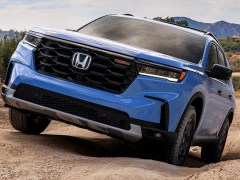