Dropped trucks (also called lowered or slammed) are defined by their modified ride height. Lowered trucks have several advantages: stiffer (and thus sportier) suspension, easy access, and cool lowrider style. But there are also several potential downsides to a dropped truck. Drawbacks include a risk of bottoming out, a reduced payload/trailering capacity, and poor handling.

Dropped trucks can bottom out

One of the most obvious downsides of a dropped truck is the increased likelihood that its underside will literally scrape against the ground. This is often called bottoming out.

Bottoming out can damage the exhaust system, gas tank, or even engine sump of a dropped truck. In extreme situations, a lowered truck may even get stuck on an obstacle if it lands on its frame and its wheels can’t touch the ground.

Some engineers have gotten around the risk of bottoming out by building dropped trucks with adjustable air ride or hydraulic suspension. These vehicles can increase their ground clearance with the press of a button to navigate obstacles.

Lowering a truck may reduce its payload capacity

One way that automakers increase a truck’s capacity is to engineer it with taller suspension in rear. This gives the truck room to settle when it’s loaded down and it’s suspension compresses. Many lowered trucks have the same height suspension, front and rear. This may further reduce their payload capacity.

Pickup truck suspension is also carefully engineered to remain stable while hauling a heavy trailer down the road. Changing up the suspension could potentially reduce towing capacity or make the vehicle less stable while towing.

A dropped truck will handle differently

Changing the ride height of a pickup truck will make it handle differently. Some dropped truck and lowrider car fans aim for improved handling. Lowering a vehicle can reduce the amount its body rolls in corners and actually make it sportier.

But MotorTrend warns that some types of dropped trucks may handle worse than their stock counterparts. This happens when modifiers replace some suspension components, but not all of them. An especially dangerous setup is a dropped truck with shorter springs and stock shock absorbers.

Next, find out what are squatted trucks and are they legal or learn about why people lower their trucks in the video below:

See a dropped truck meet for yourself in this final video: 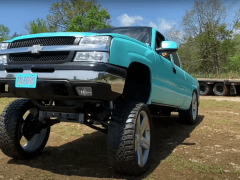 What Is a Squatted Truck? 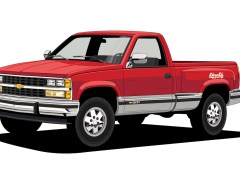 What Year is Actually an OBS Chevy Pickup Truck? 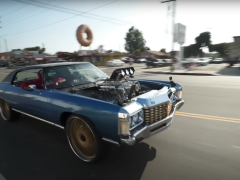 What is a Donk?