The Ford Mustang has evolved from an underpowered cruiser to a razor-sharp track-day weapon at its top trims. Of course, not every Ford Mustang is the same, and there is a big difference between a V6-powered S197 and an S550 Ford Mustang Shelby GT350R or Mustang Mach 1. Here are the fastest-accelerating production Ford Mustangs ever produced, not including examples from tuning houses like Roush or Hennessey.

What are the fastest Mustangs in order?

Three of the top five fastest Ford Mustangs in terms of outright acceleration are Shelbys. That’s not surprising, though, given the long relationship between Ford and Shelby. That on-and-off partnership has produced some of the fastest pony cars in history, many of which feature fire-breathing supercharged V8s.

What is the fastest Mustang in terms of 0-60 mph?

Unsurprisingly, the fastest production Ford Mustang in the world is the Shelby GT500 from the S550 generation. In Car and Driver’s testing, a 2020 model with the same platform hit 60 mph in just 3.4 seconds on its way to an 11.3 second-quarter mile.

The Shelby’s speed is easily understood with a glance at its credentials. For instance, the supercharged 5.2L produces 760 horsepower and 625 lb-ft of torque and channels it through a seven-speed dual-clutch automatic transmission. Still, the Shelby GT500, like the GT350R, isn’t a streetlight-to-streetlight drag car. Instead, the Shelby is a taut, focused track car with V8-scored hot laps in mind.

What year of Mustang GT is the fastest?

While the Ford Mustang GT has been around for many generations, some of the fastest 0 to 60 mph times of any GT have been those of the 2018 Ford Mustang GT Automatic. Specifically, Car and Driver launched the 2018 GT Auto to 60 mph in just 3.8 seconds.

That’s impressive for a 460-horsepower GT with no Shelby or special edition badge. Of course, a sub-four second 60 mph sprint wouldn’t be possible for the GT without its 10-speed automatic transmission. Many newer S550 GTs require more than 4.0 seconds to hit 60. 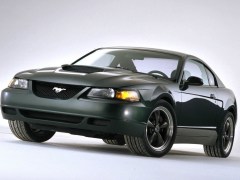 What the Heck Is a New Edge Mustang? 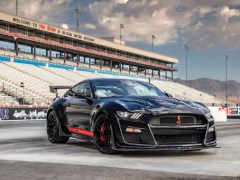 Of course, Shelby and Ford never intended the GT350R to be a drag racer; the flat-plane naturally aspirated V8 tenor is a hot lap racer with its snake eyes on the track. Moreover, it’s one of the only manual transmissions on the list, along with the 2013 Shelby GT500.