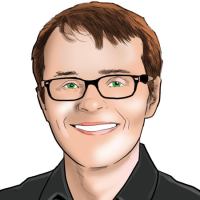 Matthew Skwarczek started blogging in 2015 and focuses his writing on motorcycles and engineering science. A graduate of Northwestern University, where he earned his Master’s in Chemical Engineering, Matthew served as an applications engineer for BASF before joining MotorBiscuit in 2019.

In Matthew’s words, the visceral nature of riding requires you to be in the moment. Combined with his fascination in the analytics surrounding the building and designing of cars and bikes, both modern and classic, you’ll find his voice blends functionality and phenomena. He rides motorcycles and bicycles often, photographing them as well.

Matthew has contributed to Oppositelock and is now an alumnus. He plays Dungeons & Dragons and reads sci-fi and fantasy in his spare time, and appreciates the works of Peter Egan, Sam Smith, Brandon Sanderson, and Alex Goy.

2022 LiveWire One Review: The Electric Flagship Worth Its Price Tag

Is the 2022 LiveWire One Loud Enough to Keep You Safe?

Is the 2022 LiveWire One Prepared for Public Charging Stations?

2022 LiveWire One Real-World Range: How Far Can You Ride?

5 Most Reliable Used Dodge Challenger Years (and 1 to Avoid)

2023 Cadillac CT4: Everything We Know so Far

You Need to Change Your Car’s Engine Air Filter

Is the 2023 Acura Integra A-Spec as Fast as the Original Type R?

Can You Charge an EV During a Thunderstorm?

What the 5 Most Common Maintenance Diagnostic Trouble Codes Mean

2023 Porsche 911 Sport Classic: This Throwback Lives up to Its Name

What the 4 Most Common Emissions Diagnostic Trouble Codes Mean

How to Safely Change Your Spark Plugs and Ignition Coils

2022 Chevrolet Camaro Does 5 Things Better Than the Nissan Z

Is a 2022 Lucid Air GT Performance Faster Than a Dodge Charger Jailbreak?

How Do You Change a Cartridge Oil Filter?

The 5 Most Fuel-Efficient Modern Chevrolet Corvettes

7 Car Maintenance Items That Can Improve Your Gas Mileage