A new year is upon us, and the good news is that the automotive market is cooling down. Well, at least the used car market is. The new car market, on the other hand, is filled with high-interest rates, low inventory, and a lack of factory incentives. With all of these factors considered, leasing a new car in 2023 could be a terrible idea.

Why is leasing a car this year a bad idea?

Considering the interest rates are up and incentives are mostly non-existent, leasing a new car is a bad idea this year. In a normal year, auto manufacturers will typically incentivize car leases to make them more attractive to prospective buyers. This meant offering low-interest rates and rebates to ensure that the advertised lease payments were low to keep existing customers coming back every three years.

However, since car dealers haven’t had any issues selling cars in the past couple of years, there is no need for automakers to incentivize leases.

“Right now, because they’re (automakers) not having any trouble getting these cars off the lots, they don’t need to incentivize; they don’t need to give you rebates. Quite frankly, I don’t think they’re going to want to see you in three years because they probably think they will have enough buyers in three years,“ Ari Janessian – of Negotiation Guides – said in his latest video.

In that case, we may see some market adjustments in 2023. Janessian thinks that there will be residual value adjustments since there will be plenty of used cars on dealer lots just sitting. This stagnation in the used car market will drive down residual values, which, when mixed with high-interest rates, increases the monthly payments on leases.

On the other hand, high residual values and low-interest rates (like how the market used to be) can lead to low monthly lease payments. But it’s unlikely that we’ll see those lower numbers this year.

According to data published by NerdWallet as of December 2022, the average interest rate on a new car loan is 5.16%, and 9.34% for used cars. To be honest, a 5% interest rate on a new car is nothing to sneeze at, but it’s still higher than most incentivized rates that we used to see from automakers. Many of those rates were in the 0.9 to 2.9% range. But alas, the glory days are over, or at least on pause for now. 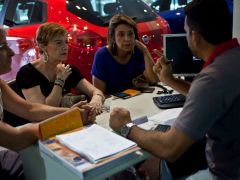 Before Buying Out Your Car Lease This Year, Consider These Factors First 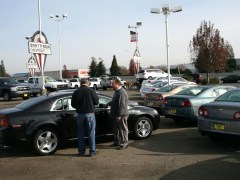 Does Your Leased Car Have Positive Equity?

Although we could be looking at higher monthly lease payments across the board this year, it doesn’t mean that leasing is out of the question entirely. If you’re still open to leasing a new car, here are a few tips to help you find a decent lease deal:

Leasing a car this year may be a nightmare due to high-interest rates and a lack of incentives. However, it’s not completely dead in 2023. Just be vigilant about the numbers, and when all else fails, consider financing the car instead.