The Acura RL was the brand’s largest sedan offering back in 2008. At the time, it provided plenty of high-end features like perforated leather seats, heated front seats, Bluetooth, and a Bose 10-speaker premium audio system. Under the hood was a 3.5-liter V6 mated to an automatic transmission that routed 290 hp to all four wheels.

It may not be considered super luxurious by today’s standards, but the RL is very reliable. There are plenty of examples of this car roaming the streets with over 200,000 miles on the odometers, which is a testament to the high 8.9 rating that U.S. News gave it.

The 2008 Lincoln MKZ might not be the first car that comes to mind when you think of a reliable luxury sedan. However, the editors at U.S. News gave it a 7.9 out of 10, despite “middling safety scores” and recalls concerning its airbag and a squishy brake pedal. If you can find a clean example, the 2008 MKZ offers plenty of luxuries like a standard V6 engine, a comfortable leather interior, and a large trunk. An all-wheel drive configuration is also available.

The 2011 Cadillac DTS offers a lot of comfort and luxury for the money. There’s plenty of space for six and their cargo. Edmunds noted that the DTS was one of the last sedans that offered a front bench seat. As for comfort, the DTS features leather seats with power adjustability, dual-zone climate control, and a heated steering wheel. Under the hood is a V8 engine that makes between 275 and 292 hp depending on the trim level.

If you like to mix your luxurious experience with a dose of performance and good handling, the 2010 Audi A6 is a great choice. The A6 features a 3.2-liter V6 engine with 265 hp, a Quattro all-wheel drive system, and excellent handling characteristics. On the inside, the A6 came with plenty of premium materials and comfort features like auto climate control and power seats.

U.S. News notes that the A6 is reliable, although there were three different recalls on the 2010 model concerning the airbags as it was part of the massive Takata airbag recall. If you’re shopping for one of these, ensure the recall work is done.

The Mercedes-Benz S-Class is the brand’s flagship model. Although the 2008 model is 15 years old, U.S. News notes that its fit and finish will rival many new sedans. In addition to its impeccable interior materials, the S-Class features a great blend of on-road driving comfort and surprising athleticism. There’s also plenty of cabin and trunk room to make all five occupants feel at ease – no matter how long of a road trip they take.

Although the S-Class received a high reliability ranking, it’s worth noting that this particular model year had two recalls. One was for windshield-wiper malfunction, while the other pertained to the electrical fuel pump not shutting off after a crash.

What is the most reliable used car? 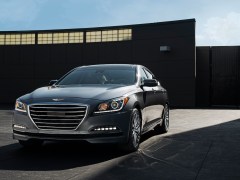 According to the list of cars that U.S. News published, the 2009 Hyundai Genesis was the most reliable used car, scoring 9.2 out of 10. The Genesis came out before the South Korean automaker made the nameplate a standalone brand. It was available in coupe or sedan form and offered heated leather seats, Bluetooth, and a choice between a V6 and V8 engine.

However, if buying a Hyundai is out of the question for you, then any of the other five reliable luxury cars on this list could suffice.