Oh no, what’s wrong with the Kia Sorento? Why does this attractive SUV have such a weak reliability ranking? The Sorento has plenty of advantages to consider, such as having more passenger space than the Toyota Highlander. However, the 2023 Kia Sorento could be held back by a low-reliability score.

How reliable is the 2023 Kia Sorento?

The 2023 Kia Sorento faces an extremely low-reliability ranking from Consumer Reports. It falls well below average, which could be concerning. The predicted reliability ranking is based on problems that owners report on previous models.

J.D. Power ranks vehicles based on what buyers report after three years of ownership. The Sorento was redesigned in 2021 and gained new engine options. It may not be exactly fair to base how reliable it is on older models.

How many miles will a 2023 Sorento last?

That means it has the advantage of 100,000 extra miles on the road, which could provide a few more years on the road. But take these reliability rankings a little lightly. The 2023 Sorento could use a little more time to be put through the paces.

If you drive an average of 15,000 miles annually, then you could get between 13 to 20 years of service from the Sorento on the road before needing a significant repair.

The Sorento Hybrid could last longer as electric motors reduce stress on the internal combustion engine. But the battery currently costs about $3,000 to replace and has a life span of about 10 to 15 years.

The warranty covers the hybrid powertrain for 10 years or 100,000 miles. Also, the Sorento isn’t considered to be high mileage until it crosses 100,000 miles.

What are the biggest Sorento problems? 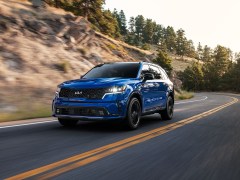 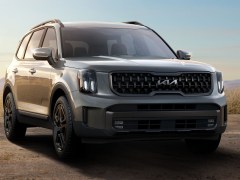 Do You Need the 2023 Kia Telluride or Kia Sorento?

The 2023 Kia Sorento looks pretty good compared to older models. If you take a peek at CarCompaints, you’ll see that the previous Sorento generation struggles with more complaints than the current generation that kicked off in 2021.

Models with the most complaints and problems reported are from 2016, 2014, and 2011. These models could be responsible for bringing Sorento’s score down on Consumer Reports.

The engine complaints involve the vehicle turning off while idling and then failing to start. After having the service engine light reset, owners haven’t reported further problems. It may have corrected the issue.

Also, two drivers needed a new transmission. At least, that’s an extremely low number. Another driver had a warning message to check the transmission fluid level with under 2,000 miles driven. Adding more fluid may have corrected the problem.

The 2022 Sorento may not be as reliable as its rivals, but the low predicted reliability ranking from Consumer Reports might be unfair. Other sources suggest that it has an average reliability ranking, and most of the problems are reported on the previous generation.