Three of the top GM names are moving on and becoming brand names.  We saw something similar happen with the Hyundai Genesis, but this is much different.  The current Chevy Camaro generation ends after the 2024 model year, which opens the door for the Camaro name to be the third of the all-electric sub-brands from GM.  How will this change the Chevrolet Camaro?

Is Chevy making an electric Camaro?

Yes, a new all-electric model wearing the Chevrolet Camaro name is scheduled to launch in 2025.  Instead of being a high-powered two-door muscle car, this new electric vehicle will have four doors.  The new model will be the first of several new vehicles that should wear the Camaro name as GM moves this name into a lineup of EVs.

Why is Chevy discontinuing the Camaro?

As with any vehicle that eventually leaves the market, the Camaro has experienced a precipitous decline in sales since 2019.  This impressive muscle car might still be one of the most sought-after models on the roads in America, but it’s not one of the cars that sell well for GM.  A new sub-brand might change the story of this performance icon.

Could the new Camaro models be SUVs?

Car and Driver tells us the Camaro as a muscle car will be finished at the end of 2024.  In its place, we expect to see a 2+2 electric coupe and convertible car.  This new car should be a four-door model with a coupe-like sloped roof that might be more enticing to some Camaro enthusiasts that have longed for more doors and access to the rear seat.

In addition to the new cars that could wear this name, we expect to see a pair of crossovers.  These could come in two-door and four-door body styles.  Both will also be electric vehicles wearing the Camaro name.

Could there be an electric sports car version of the Chevrolet Camaro?

Thankfully, the news report also mentions a new sports car that could be related to the C9 Corvette when it arrives.  This new model could be a mid-price sports car that uses an all-electric powertrain to give this car the high-performance drive desired.

If you’re expecting a Corvette body style with the Camaro badge, don’t.  The electric sports car version could use similar performance features as the next Corvette, but it won’t wear the same body.

How soon should we know more about the GM sub-brands?

GM Authority tells us the new Corvette sub-brand could launch around the 2025 calendar year. The Camaro models might arrive one year earlier for the 2025 model year.  Currently, very little has been shared to tell us what the future holds for the Camaro, Escalade, and Corvette models, but all three could become sub-brands and multi-model electric vehicle lineups for GM. 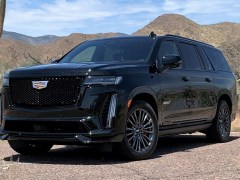