I recently wrote an article for MotorBiscuit about how Toyota got its name from the surname of its founder, Kiichiro Toyoda. Originally, Toyota was called Toyoda, but the Japanese automaker changed its name shortly after its founding. Writing this article jogged my memory about a weird incident in 2001 in which a Hooters waitress in Florida got tricked into thinking she won a new Toyota. However, instead, the restaurant gave her a toy Yoda, the little green Jedi master from the Star Wars franchise.

Along with the Toyota/Toyoda article clearing out the cobwebs of my mind to remember Toyota/toy Yoda, the story has been making the rounds on social media in recent years. Apparently, the story is timeless. A new generation discovered it, catalyzed by the enduring popularity of Yoda, Star Wars, and Toyota.

In 2001, Jodee Berry, a former waitress at a Hooters restaurant in Panama City Beach, Florida, competed in a contest for who could sell the most beer in a month. Hooters promised the winner a brand-new Toyota car. Berry dominated the contest by selling loads of beer — and was fired up to get her winning prize.

Berry shocked to see her winning prize in a parking lot: a toy Yoda doll

Not too many people can say they won a new car. It’s a reason for celebration. After winning the contest, Berry was led blindfolded to a parking lot outside Hooters, ready to drive her new Toyota. However, once revealed, the prize was not what she expected. On the ground, there was a little toy Yoda doll and a lightsaber inside a package. The manager of Hooters said it was all in jest for an April Fools’ joke.

Waitress sued Hooters for fraudulence and breach of contract

Understandably, Berry was angry about Hooters deceiving her with a contest that seemingly promised a new Toyota. After the incident, she quit her job and sued the restaurant. In her lawsuit, Berry cited fraudulent misrepresentation and breach of contract.

Eventually, Berry reached a settlement with Hooters. The restaurant gave her an undisclosed amount of money. David Noll, Berry’s attorney, said the settlement money would enable her to “pick out whatever type of Toyota she wants.”

As a collector’s item, today, the toy Yoda would likely be worth more than a 2001 Toyota 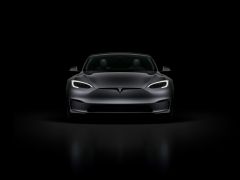 Berry was disappointed and upset after getting tricked into winning a toy Yoda instead of a new Toyota. However, as a collector’s item and if in good condition, the toy Yoda would likely be worth more today than a 2001 Toyota.

Bored Panda listed some funny responses from social media commentators that noted that the toy Yoda would be more valuable now:

There’s nothing against a used 2001 Toyota. Toyota cars have a much-deserved reputation for high-level reliability and longevity, so one from 2001 might be chugging along today. However, from a financial standpoint, Berry might regret not keeping the toy Yoda.