Animals can pull off the ugly-cute scenario, but not cars. It doesn’t matter how many fluffy wrinkles, odd colors, or strange mannerisms automakers bake in; ugly cars are just ugly. Some cars are so abhorrently awful that we wonder how they ever got past the design phase and weren’t tossed in the garbage can. Of course, we wouldn’t have this fun list for you if they had.

The first of the ugly cars was the Stout Scarab

The Stout Scarab might have been ahead of its time and a bit on the functional side, but that didn’t help it with any appealing style elements. MotorTrend tells us that the Scarab brought an oddball shape to the mix. This vehicle is considered the first minivan, using a rear-mounted Ford V8 engine and a wide body build.

The flat face and strange shape made it unappealing. Thankfully, only nine models were ever made.

Could the Pontiac Aztek be the ugliest car in the world?

While it’s a stretch to call the Aztek the ugliest car in the world, there’s no denying its awful appearance and even worst reputation. This SUV was a huge sales flop, mostly because it was the victim of bean counters at GM. The only saving grace for this SUV was its time in the Breaking Bad television series.

You might never give the Fiat Multipla a chance. This is one of the ugly cars that makes you want to turn and run away. It has a strange hump below the windshield before you get to the hood, which looks like something is swollen. If you’ve ever seen the Elephant Man, this car will certainly remind you of that film.

It’s too bad the Fiat Multipla is one of the ugliest cars ever made. The interior is spacious, and it offers a pretty nice ride. Unfortunately, it’s not a car you would ever want to admit to owning.

The Sin S1 proves that supercars can be ugly too

The Sin S1 is a lightweight road and track car made to be fast and fun, but it’s certainly in competition with some of the worst-looking cars in the world. The modular design allows owners to buy a chassis and then build out the rest of the car. Too bad Sin didn’t figure out how to keep it from being on this list of ugly cars.

Style is missing from the Aston Martin Lagonda Shooting Brake

The Aston Martin Lagonda should have stopped when it was ahead. There wasn’t any reason to add the shooting brake (wagon) rear end to this car. This version of the Lagonda brought Aston Martin performance in a car filled with luxury appointments, but you have to get past the appearance first. The added rear makes this Aston Martin one of the ugliest cars ever made.

It’s hard to look at the Reliant Robin. The ugliness simply hurts your eyes. This could be the worst-looking car ever made. The Robin was made in the 1970s, giving the world a small car with only three wheels. The low power required only a motorcycle license to drive, but why bother? Are you actually willing to get a new license to drive one of the ugliest cars ever made?

Next, check out some hated cars from the 1970s, or enjoy seeing some of the ugliest cars ever made in this video below: 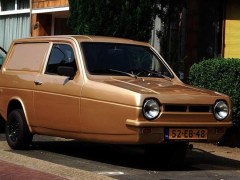 5 of the Worst-Made Cars You’ve Never Heard Of 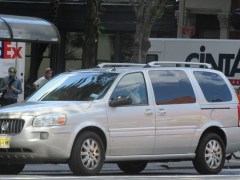 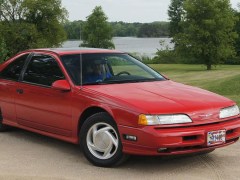 Did Ford Actually Make These Cars? 5 of the Worst Fords Ever Built