While once seen as simple work vehicles and not much else, pickup trucks have become serious status symbols. Whether it be the Ford F-150 or Ram 1500, most manufacturers invest heavily to make the best truck. And that investment appears to pay off. According to a study of truck owners, nearly 80% of pickup drivers will replace their truck with another one. But do Americans actually use their trucks?

Why do so many Americans buy pickup trucks?

Simply put, it seems like the main reason that so many Americans buy trucks is for the driving experience. According to a study conducted by Strategic Vision, the biggest use of pickups by drivers is pleasure driving. Truck owners beat out other segments in this way by nearly twice the industry average.

That driving experience does come at a cost. Not only are trucks more expensive than something like an economy car, but they are also expensive to fill up at the pump. You will not be getting the same kind of fuel economy from a Toyota Tundra that you will find in a Honda Civic. But apparently, that cost is not enough to deter Americans from buying these behemoths.

According to the same study by Strategic Vision, 75% of truck owners tow just once a year or less. Even fewer folks actually haul things with their truck, with only 35% of owners saying they put something in the bed. Then, there’s off-roading. The data shows that 70% of truck drivers off-road one time a year or less.

Those numbers make the popularity of pickup trucks seem pretty confusing. I recently had a chance to drive the 2022 Toyota Tundra Capstone, and while it truly is a luxury vehicle, navigating the Kansas City area was a bit of a chore due to its size. Plus, there is the cost to consider. As tested, my truck exceeded $90,000, which is certainly not cheap.

As someone in the automotive industry, I get asked quite a bit about which car to get. And ultimately, the decision does come down to the individual who is asking. Oftentimes, a truck will be brought into the conversation. If you don’t find yourself hauling or towing more than once a year, maybe it might be the right call to consider a Toyota Corolla. 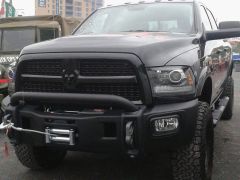 At the end of the day, a Corolla is not going to offer the same kind of driving experience that the Tacoma does. So, if you really want a pickup truck and are fine dealing with the drawbacks, go ahead and send it. Just because you might not haul or tow does not mean you shouldn’t buy a truck. Just know that there might be some more practical options out there.

In today’s world, if you find yourself needing the capability of a pickup truck, you can always just rent one. Of course, that’s just not the same as owning one. And it doesn’t seem like Americans are souring on their pickups any time soon.