The 2024 Mazda CX-90 will be out sometime later this year, but Mazda just announced its engine options: the internal combustion version of the CX-90 will feature the company’s first inline six-cylinder engine. I think this powerplant will be perfect for the new platform–and the Mazda company–for several reasons.

According to Mazda USA, the CX-90 crossover’s internal combustion engine option will be a turbocharged 3.3-liter I6. The most aggressive version of this engine can make 340 horsepower and 369 lb-ft of torque. This makes it the most powerful Mazda engine ever, by both measurements.

Every Mazda CX-90 will benefit from a mild hybrid engine system. Mazda is also engineering a plug-in hybrid version of the CX-90.

Though the CX-90 will be a three-row crossover, it will stay true to the company’s sporting reputation. Mazda developed a software called Kinematic Posture Control (KPC) to reduce body roll in fast corners. The system detects a “high-G” corner and adds a tiny amount of brake drag on the inside wheel. It works similarly to a torque vectoring system. The system was so successful on the Miata that Mazda is implementing it on the CX-90.

The inline six-cylinder (I6) is making a comeback

The inline six-cylinder engine–sometimes called the straight six or shortened to I6–was the base engine in countless cars and trucks for decades. This is because it is often a torquey configuration, making plenty of power to propel a large sedan or small truck–while costing less to build and maintain than a V8.

The inline six-cylinder is near and dear to my heart: My first car was a 1964 Dodge Dart powered by a 3.7-liter Chrysler slant-six. I also own an I6-powered Ford F-150. These engines are often easy to work on because they leave room to reach into the engine bay and only have one bank of cylinders, so they have relatively few moving parts.

But while the I6’s size was not an issue in front-engine, RWD vehicles engineered for a V8, it is too big for compact FWD cars. The I6 fell out of favor as the transverse-mounted I4 became the standard entry-level engine. Even top-trim models often got a relatively compact V6 instead of a lengthy I6. One such car is the current Mazda6 sedan.

As engine efficiency improves, many automakers are now designing I6 powerplants as V8 replacements. This includes engines from BMW, Mercedes-Benz, and Stellantis’ new Hurricane I6 engine. Finally, Mazda is joining the party with its own high-output I6.

Mazda is committing to front-engine and RWD 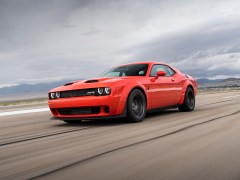 As automakers shrunk drivetrain components over the years, the front-engine FWD car became viable. Such a chassis makes excellent use of space and can be very efficient. The only problem is that with enough horsepower, it begins to suffer from torque steer. It is challenging to drift its rear end.

Many sports car enthusiasts prefer front-engine, RWD cars. This is one of the keys to the Mazda Miata’s decades of success. Mazda is committing to front-engine and RWD with its new chassis. This is an excellent move for an automaker with a reputation for cost-effective sports cars.

The first vehicle on this new chassis will be the CX-90 crossover. It will have a longitudinally mounted engine; thus, it has room for an I6. It will also have AWD with an RWD bias. This is a drivetrain somewhat akin to what you can order in a V6 Challenger or Charger.

I have my fingers crossed that Mazda will reuse this chassis–as either an AWD or pure RWD–for other vehicles, such as the next generation of the Mazda6 sedan.

Next, find out why an I6 engine makes a lot of torque or learn more about the Mazda CX-90 in the video below: