While most automakers increase the prices of EVs, Tesla changed course in a disruptive move. Recently, this popular EV automaker announced price reductions for its most popular models. These Tesla price cuts could be aimed directly at Ford and GM. Are we seeing the beginning of EV price reductions in a market that’s become much more competitive?

Why are Tesla prices dropping?

Experts might not all agree with the reasons, but the results are a virtual consensus. Reduced prices of the most popular Tesla models are a direct shot at legacy automakers, starting a virtual price war with names we’ve known for more than a century.

Business Insider suggests these price cuts are a response to a decrease in demand for Tesla products. Have consumers become tired of the technology-laden models? Did Tesla build too many Model 3 and Model Y vehicles, causing them to be flush with inventory without pending sales?

How much has Tesla reduced its prices?

The small and popular Model 3 sedan and Model Y SUV have 6-20% discounts. In addition to price reductions for these smaller models, prices for the Model S sedan are dropped by 10%, and the Model X SUV is discounted by 9%.

These reduced prices put the starting price of the base Tesla Model 3 at $43,990 before the Federal EV Tax Credit.

Do Tesla EVs qualify for the Federal EV Tax Credit?

Tesla and GM were the first two automakers to exhaust the previous Federal EV Tax Credit. Thanks to recent legislation found in the Inflation Reduction Act of 2022, both automakers once again qualify for the tax credit of up to $7,500 per vehicle.

When you consider the tax credit for the base version of the Model 3, the overall price for this Tesla EV drops significantly, making it one of the most affordable EVs in the market

Although Tesla only builds electric vehicles, it could be heading toward a traditional path of building and selling vehicles. Most automakers offer discounts and rebates when inventory levels are high and demand is low. Strangely, most traditional names aren’t offering these benefits due to inventory shortages still felt at most dealership locations.

Could this be the end of EV price increases?

Most automakers, including Tesla, spent 2022 increasing the prices of EVs. The Ford F-150 Lightning started at an original price of $40,000 but ended 2022 at nearly $56,000 for the base version. With Tesla prices dropping, the pressure is on for GM and Ford to stay competitive and reduce the prices of their high-demand EVs as well.

What markets are impacted by Tesla price cuts?

Tesla’s aim is more widespread than the domestic North American auto market with this move. The company dropped the prices of its electric vehicles in Europe and China as well. Tesla faces its stiffest competition from legacy automakers in these three major auto markets.

Next, check out some satisfying EVs, or learn more about the new Tesla Cybertruck in the video below: 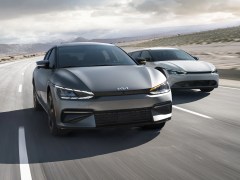