The Ford Kuga is a compact crossover SUV model produced and sold by the Ford Motor Company for the European market. Originally a separate design exclusive to Europe, Ford later took the Kuga and rebadged it as a new Ford Escape. Since then, the Escape and Kuga have shared the same design except for their differing nameplates, making the Kuga (like the Escape) sized and priced between the Ecosport and Edge SUVs.

The first Ford Kuga generation was built in Germany. It first premiered at the 2007 Frankfurt Motor Show before going on sale in 2008 in Europe. Liking its reception, Ford considered selling the Kuga in North America. After years of speculation, it was announced that the second generation of the Ford Escape would be discontinued, and a redesigned Kuga would replace its third generation.

This change technically brought the Ford Kuga to North America in 2012, although still under the Escape nameplate. Therefore, when you think you’re buying a new Escape, you’re actually buying a Kuga.

Read the latest articles about the Ford Kuga 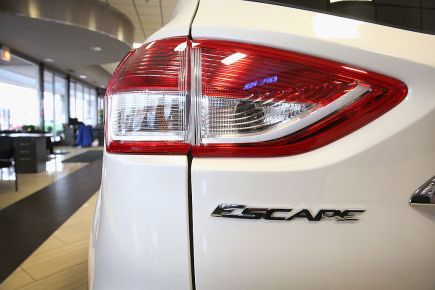