Isuzu Motors is a Japanese commercial vehicle and diesel engine automotive manufacturing brand. In addition to its commercial lineup of bus, truck, and van models, the Isuzu brand also produced and sold passengers vehicles until 2002. Later, Isuzu completely withdrew from the United States market in 2009 due to a lack of vehicle sales.

Isuzu began in 1916 as a cooperative deal between a shipbuilding company and an industrial gas and electric company to build automobiles. The first vehicles out of this deal were branded as Wolseley models, a British brand and automaker. It wasn’t until 1934 that the motor division of the shipbuilding company changed its name from the Ishikawajima Motor Co. to Isuzu, named after the Isuzu River.

During its history, Isuzu Motors has primarily built large cargo and mass transit vehicles to modernize transportation in Japan and abroad. Additionally, the company produced military vehicles and parts during wartime efforts. Although it still builds a small handful of local passenger vehicles, the company is mainly known and successful for its large commercial vehicles export business.

MU-X: A midsize SUV based on the D-Max pickup truck

D-Max: A compact pickup truck that used to share its platform with the Chevy Colorado

Reach: A walkthrough van/medium-duty truck often used as a delivery cargo vehicle by FedEx and UPS

Amigo/MU: A midsize SUV, rebadged under four brands for exports

Panther: A multipurpose (MPV) and/or pickup truck, rebadged as the Chevrolet Tavera

VehiCROSS: A mini/compact SUV based on the Trooper SUV

Read the latest articles about Isuzu 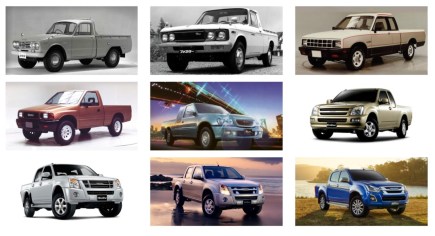 Here's Why the Time Is Right for Isuzu to Bring a Truck Back to the U.S. 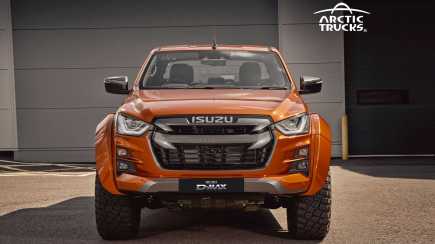 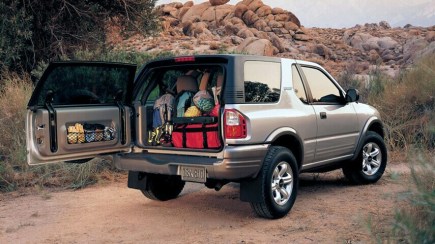 The Cheapest and Best SUVs For a First Car 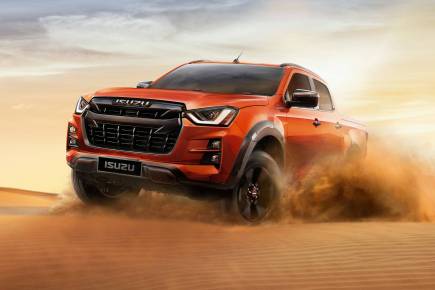 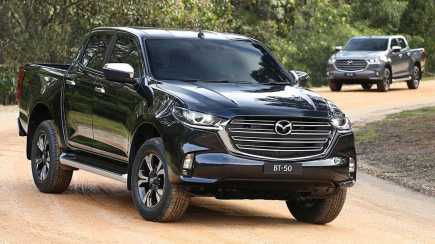 Here’s Why the Time Is Right for Isuzu to Bring a Truck Back to the U.S.

The Cheapest and Best SUVs For a First Car

When Did Isuzu Stop Making Cars for the United States Market?

The 90s Scandal Consumer Reports Hopes You Forgot About