The Chevrolet HHR is a retro-styled compact station wagon/SUV model produced and sold by the American automaker Chevrolet, a General Motors (GM) subsidiary. A bit of an outlier in Chevy’s vehicle catalog, the HHR design was inspired by the looks of vintage Chevrolet Suburban models from the 1940s.

The Chevy HHR (Heritage High Roof) was first introduced at the 2005 Los Angeles Auto Show and used the same vehicle platform as the Chevy Cobalt, the Pontiac G5, and the Saturn Ion sedans. Soon after, it was released for the 2006 model year. Along with its standard build, the Chevrolet HHR was also offered as a panel van/panel wagon variant, maximizing its available cargo space.

The Chevrolet HHR was discontinued in 2011 due to declining sales, which might have been due to its retro-influenced style going out of vogue in the 2010s. At the height of its popularity, the HHR faced stiff competition from the Dodge Caliber, the Honda Element, the Jeep Compass and Patriot, and the Scion xB.

Here’s What the Chevy HHR Got Right

The Chevy HHR Makes for an Old High-Performance Panel Van

Read the latest articles about the Chevrolet HHR 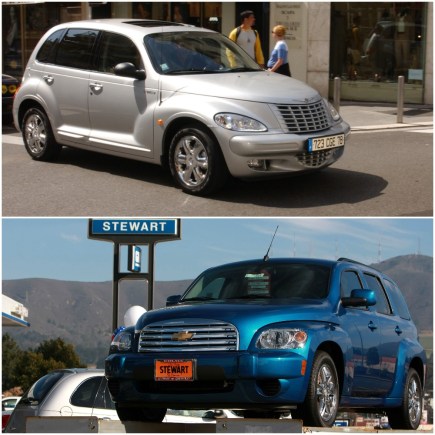 Chrysler PT Cruiser vs. Chevy HHR: Which Retro Ride Is Worth Remembering? 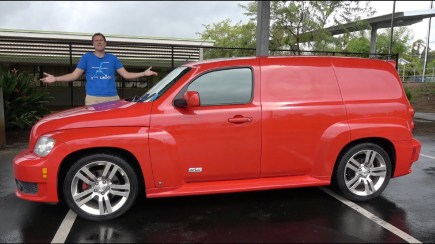 The Chevy HHR Makes for an Odd High-Performance Panel Van 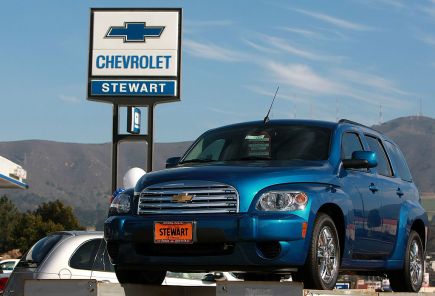 Here's What The Chevy HHR Got Right

Chrysler PT Cruiser vs. Chevy HHR: Which Retro Ride Is Worth Remembering?

The Chevy HHR Makes for an Odd High-Performance Panel Van

Here’s What The Chevy HHR Got Right