The Mitsubishi FTO was a sports car coupe model produced and sold by the Mitsubishi Motors Corporation. A bit of a rarity within the Mitsubishi catalog, the FTO was envisioned as a Japan-exclusive model but later found fame as a JPD (Japanese Domestic Market) import vehicle.

The Mitsubishi FTO (Fresco Turismo Omologato/Fresh Touring Origination) is based on the Mitsubishi Galant FTO rear-wheel-drive coupe model produced from 1971 to 1975. The Galant FTO inspired a new FTO coupe concept car brought into production in 1994. Notable editions and variants of the new FTO include its GPX and GR Limited Edition models, the Nakay-Tune FTO appearance package, and an experimental all-electric FTO (the FTOEV).

In 2000, new safety standards were implemented on vehicles in Japan. These would necessitate costly fixes to the FTO, which was already selling poorly. Therefore, the FTO and the GTO models were discontinued. During its run, the competitors of the Mitsubishi FTO included the Honda Accord, the Mazda RX-7, the Subaru Impreza WRX, and the Toyota MR2.

Read the latest articles about the Mitsubishi FTO 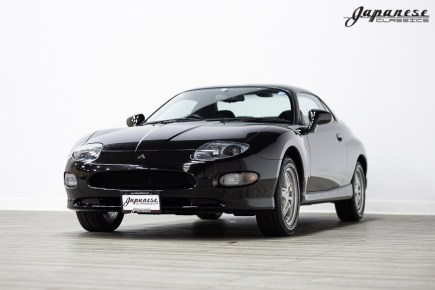