The Smart Fortwo (stylized as “smart fortwo”) is a subcompact microcar model produced and sold by Smart, a subsidiary of the Daimler AG multinational automotive corporation (which also owns Mercedes-Benz). The model is notable for its extremely compact size that only seats two passengers, making it very affordable and extremely easy to park.

The Smart brand is a collaboration between Swatch and Mercedes-Benz, and the origin of the Fortwo model starts as a Swatch concept vehicle from 1993 that was co-developed by Volkswagen. Later, the Smart division used the design, with its production model and first-generation debuting at the 1998 Paris Motor Show. However, before a 2004 name change, the Smart Fortwo model was marketed as the Smart City-Coupe to the public.

The third generation of the Smart Fortwo debuted in 2014, and the vehicle has been all-electric since the 2018 model year, making the Smart EQ Fortwo its standard. Soon after, in 2019, Smart terminated business in the U.S. due to a lack of sales. However, there’s a change for Smart EVs to return soon as the world moves further toward automotive electrification.

Not So Smart Car Police Chase Ends in Arizona Arrest

Read the latest articles about the Smart Fortwo 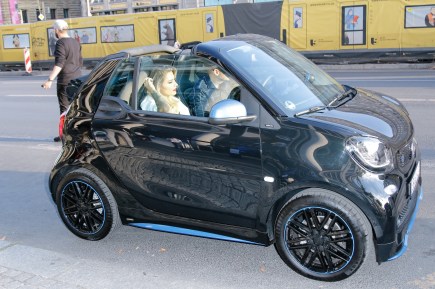 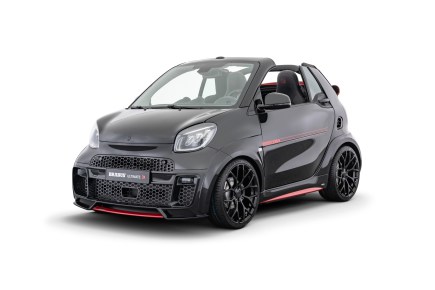 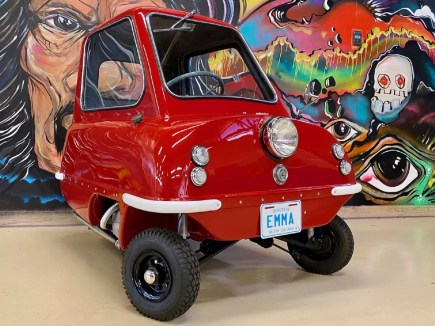 You Can Own the World's Smallest Car: A Peel P50 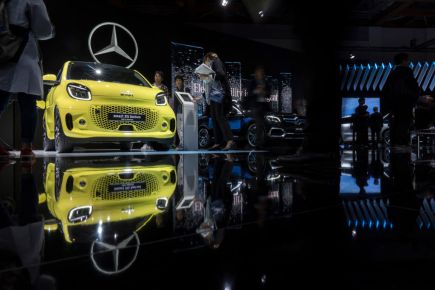 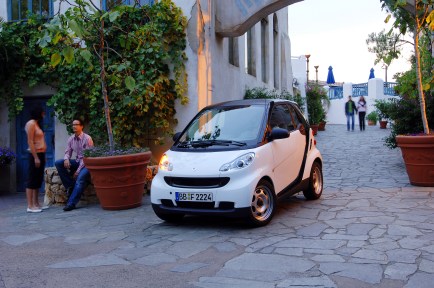 Not So Smart Car Police Chase Ends in AZ Arrest

You Can Own the World’s Smallest Car: A Peel P50

Not So Smart Car Police Chase Ends in AZ Arrest