The Lamborghini Estoque name comes from a sword used by matadors in bullfighting. The concept vehicle made its debut at the 2008 Paris Motor Show. It was presented with a V10 engine, though Lamborghini speculated this would be replaced by a V8, a V12, or perhaps a hybrid or turbo-diesel option. All in all, the Estoque was envisioned as a predecessor to a four-door sedan production model to be priced at around $230,000.

However, Lamborghini announced in 2009 that plans to move forward with a production version of the Estoque were canceled or, at the least, delayed. In recent years, Lamborghini has expressed interest in producing another four-door model due to the success of the Lamborghini Urus luxury SUV, but it won’t be with the Estoque.

Read the latest articles about the Lamborghini Estoque 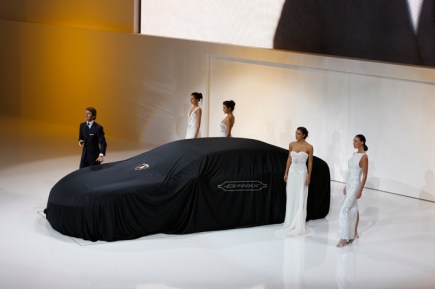