Chevrolet, often called “Chevy”, is an American automotive manufacturing division of General Motors (GM). Chevrolet is best known for its long rivalries with other American automakers (Dodge, Ford, and Ram) with its lineup of cars, trucks, SUVs, and commercial vehicles. Additionally, many of its models are rebadged and used for upgraded GMC models under the GM umbrella, which began as a practice back in 1919 with rebranded commercial trucks.

William C. Durant, the founder of General Motors who had been ousted from his company in 1910 for borrowing too much money, re-entered the automotive industry by founding the Chevrolet Motor Company in 1911. After Chevrolet grew, Durant acquired a controlling interest in GM and incorporated Chevrolet into the holding company in 1918. This led to GM’s infamous five-brand pricing strategy, including Chevrolet, Pontiac, Oldsmobile, Buick, and Cadillac, from least to most expensive.

After years of trying to expand beyond America, Chevrolet is now a global brand (except for Australia, where models have been sold under the Holden Special Vehicles marque since 2018). The most famous and notable current Chevy models include the Bolt EV, the Camaro muscle car, the Corvette sports car, and the Silverado pickup truck.

Spark: A subcompact city car, once available as an EV

Malibu: A midsize sedan that replaced the Chevelle and Corsica models

Camaro: A midsize muscle car/pony car that competes against the Ford Mustang and Dodge Challenger and Charger

Corvette: A luxury sports car coupe, often referred to as the “Vette”

Trax: A subcompact SUV that shares a platform with the Aveo and Sonic models

Trailblazer: A subcompact SUV that shares a nameplate with a discontinued midsize SUV model

Equinox: A compact SUV that shared the same platform as the Pontiac Torrent

Blazer: A midsize SUV that shares a nameplate with the discontinued K5 Blazer full-size SUV

Traverse: A three-row midsize SUV that replaced the original Trailblazer

Avalanche: A full-size pickup truck that seats up to six passengers

City Express: A compact version of the Express

Cobalt: A compact sedan that replaced the Cavalier

Cruze: A compact sedan that replaced the Cobalt

Impala: A full-size sedan that was the company’s flagship passenger car

Sonic: A subcompact car, also sold as the Aveo

Read the latest articles about Chevrolet

5 Cars That Show Your American Spirit

The 2021 Chevrolet Colorado Will Offer a Range of Powertrains

Is the 2020 Chevrolet Sonic a Better Value Than a Honda Fit?

C8 Corvette and Dodge Demon Go to the Track, Results May Surprise

These Classic SUVs Have Bronco Style Without the Price Tag

The Ford Mustang Beat the Dodge Challenger and the Chevy Camaro 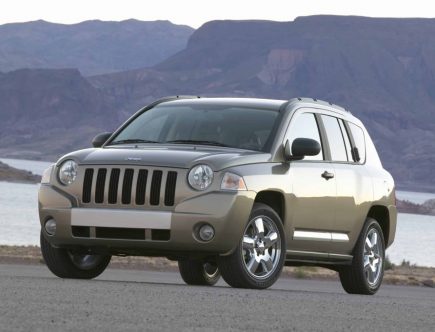 Can a 2020 Corvette Be Prepared For Track Use Easily

Freak Show Friday: The Difference Between Creating and Designing

What’s New in the 2021 Chevrolet Colorado?

Is The Chevy Trailblazer Making A Comeback?

What’s the Cheapest SUV You Shouldn’t Be Afraid to Buy?

Is the 2020 Chevy Silverado 1500 Worth the Upgrade Over the Chevy Colorado?

How Does the Electric Corvette Go So Fast?

The Dodge Challenger Beat the Chevy Camaro and the Ford Mustang

Which 2020 Chevrolet Colorado Configuration Is the Best for You?