The cost of owning a car goes beyond the price you pay when you buy it. The cost of gas, car insurance, and vehicle taxes can easily add up. Let’s not forget that global supply chain issues have made car prices shoot up in the past couple of years. Fortunately, used car prices are dropping. But if you’re looking to get ahead of the game, then there’s one hatchback from Honda that has the cheapest running costs.

Which Honda model has the cheapest ownership costs?

If you’re looking for the cheapest model to own, then the 2018 Honda Fit is what you seek. The Fit is a small hatchback that seats five passengers with plenty of space for all of their stuff. It’s also super cheap to own, with an average fuel cost of $3,817.20 and a yearly insurance premium of $1,186, according to Zutobi.

Additionally, the 2018 Fit received a 4.5 out of 5 for reliability from Repair Pal. The site also reports that it can cost an average of $311 for annual repairs and maintenance. Considering the car can easily get around 40 mpg on the highway, we can see why the Fit is the cheapest car to own.

The Toyota Yaris is the car with the second-cheapest ownership costs. The Yaris was discontinued in 2020, but it can still be purchased for a relatively low price on the used market. The data that Zutobi found shows that it can cost an average of $3,944.44 to fuel up a Yaris every year and an average of $1,310 to insure it.

A Hyundai hatchback is the third-cheapest car to own

Considering the two cheapest cars to own are hatchbacks, it should be no surprise that the third cheapest car is a Hyundai Accent. The 2021 Hyundai Accent was voted the “Best Subcompact Car for the Money” by U.S. News, so we’re not surprised that it’s cheap to run.

According to Zutobi, the Hyundai Accent has the cheapest annual fuel cost at an average of $3,817, based on an average driving range of 12,000 miles per year. As for the annual insurance costs, buyers can expect to pay an average of $1,536.

Check out the rest of the cars and their annual average ownership costs below:

Check out the list of the most expensive cars to own below: 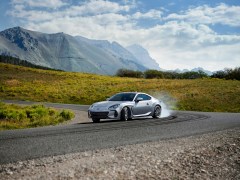 BRZ Tops the List of Cheapest Sports Cars To Own 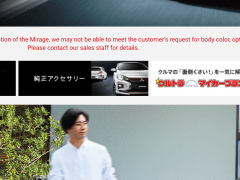 1 of America’s Cheapest Cars May Not Survive Much Longer

In conclusion, the overall cost of owning a car goes beyond the price you’ll pay for the car itself. If you’re looking for the cheapest cars to own, it’s best to go for a small hatchback. However, trucks and SUVs are still the most popular vehicles in America, so many drivers can expect to pay a lot more every year.