Ram trucks may not be owned by Dodge anymore, but these pickups have proven to be a brand that will surpass your expectations. However, these trucks are known for high maintenance costs. In fact, five of Ram’s pickups cost quite a bit more than many other vehicles with the same build. How much will you pay to maintain it for 10 years?

Maintenance can get quite expensive

Maintaining a car helps keep it going strong, but it increases in price over time. Pickups, however, are a different breed when it comes to maintaining them. Since trucks are used for heavier jobs, manufacturers recommend a more frequent service schedule than you get with cars.

Trucks also tend to use bigger tools and have larger parts to deal with, causing more labor to do the job. Plus, you’re dealing with a more sophisticated suspension system, so staying on top of keeping these parts well-maintained will be extremely important so you can hopefully avoid future major repair bills.

Ram pickups are often used as workhorses, so it’s no surprise that maintenance will cost you more. However, it might be more than what you’ve bargained for. Here are the five Ram pickups that have high maintenance bills, according to CarEdge.

The Ram truck with the worst maintenance costs over 10 years is the 3500 model. It will come at approximately $25,844 for regular service tasks and repair work combined to keep it in good shape. That’s over $11,500 more than what you find with the industry average, which makes it over 57 percent worse than most pickups of similar build.

CarComplaints.com reports two of the most significant issues the 3500 has experienced in the last 10 years are a death wobble caused by a faulty track bar and redundant pump failure at 47,500 miles. Repair costs generally run from $1,000 to $2,000. Maintenance costs pile up because you’re performing service every 7,500 miles on the truck, whether changing the oil or lubricating the U-Joints.

The Ram 2500 has had a few problematic model years. The 2012 version was plagued with steering issues, while the models from 2014 to 2016 dealt with knocking in the engine, which was costly to fix. Some owners reported having to replace it for a cost of $5,000.

With the 5500 model, you will likely pay about $10,869 more than the industry average to maintain and repair the vehicle. In 10 years, data suggests you’ll pay approximately $25,202 for maintenance, which is about 57.69 percent worse than models of similar build as the 5500.

This version hasn’t exactly had the best run. Some owners reported transfer case issues with their trucks, and the pickup had recalls on its 2019 and 2020 models, along with a lawsuit concerning its diesel engine.

That makes sense since the 4500 is known for having some engine issues with its 2013 and 2014 models. Some owners complained about the oil pan rusting out with an average of 50,000 miles, while others reported replacing a turbocharger due to losing power for no apparent reason. 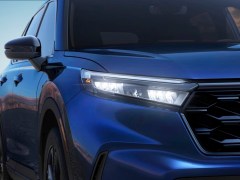 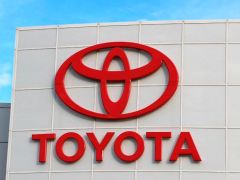 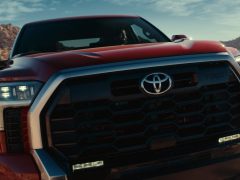 The cheapest of the five Ram trucks to maintain is the 1500 model. In 10 years of ownership, it would likely cost you $17,677 to keep the pickup in good shape with just maintenance. It also has a 54.80 percent chance of needing a major repair during that time.

The manufacturer recommends oil changes and tire rotation every 8,000 miles to maintain it. To keep the engine in tip-top shape, you’ll need to replace the spark plugs at the 32,000-mile mark, making maintaining the 1500 model so expensive.

Ram trucks are great workhorses that can handle many tasks. But, to protect your investment, you’ll need to maintain them frequently. If not, you’re likely to run into some expensive repairs down the line.