Does the Ford Bronco Sport have quality issues?

Yes, the Ford Bronco Sport struggles with its quality. However, it’s not alone. Other Ford SUVs like the Ford Explorer, Ford Mustang Mach-E, Ford F-150, and Lincoln Aviator are also plagued by production problems.

Ford Authority shared that Ford CEO Jim Farley explained that fixing quality issues is his number one priority. It’s the most important initiative for the entire company, and it will take several years.

He reported that Ford didn’t lose it in just one or two years, and until Ford fixes quality, nothing else matters.

The Ford Bronco Sport and Ford Mustang Mach-E both lost Consumer Reports recommendations for 2023. Also, the Ford Explorer has struggled with a low-reliability score for years.

What are the biggest Bronco Sport problems?

One of the biggest Ford Bronco Sport problems are related to the brakes. There are reports of the brakes making loud noises and requiring excessive force to stop. The rear brake linings may have been installed incorrectly.

As a result, braking performance may be reduced, and drivers need extra time to come to a complete stop. This could increase the risk of injuries and accidents. Also, this issue applies to 2021 and 2022 models.

Another big Bronco Sport problem is related to the fuel system. 2021 – 2023 Bronco Sport models equipped with the 1.5-liter engine may experience a fuel injector crack, allowing fuel to leak inside the engine compartment.

Also, a leak inside the fuel delivery model could lead to low pressure and another source of engine stalling. Reports of paint chipping and suspension problems are common as well.

How reliable is the Bronco Sport? 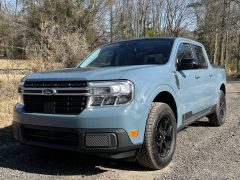 Ford Bronco Sport vs. Ford Maverick: Which Vehicle Is Better? 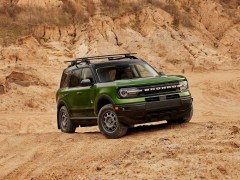 The 2023 Ford Bronco Sport has a slightly below-average reliability ranking. It comes in with a score of 82 out of 100 from J.D.Power, so that’s a positive sign. It could mean that previous problems have been corrected.

With proper care and maintenance, the Ford Bronco Spot should be able to reach 200,000 miles. That’s a bit low. Other vehicles can make it between 250,000 to 300,000 miles. However, the Bronco Sport is still young.

It needs to be put through paces. It just came out in 2021, so it needs time to accrue mileage. Also, each year the Ford Bronco Sport is slowly improving. By 2025 we could see a much-improved SUV arrive.