German automaker Porsche has a decades-long history of producing sports cars, sedans, and successful racing cars. The brand has one of the most iconic sports coupes — the Porsche 911 — and more wins at the 24 Hours of Le Mans (19) than any other manufacturer.

However, Porsche didn’t start out making cars. Ferdinand Porsche started in automotive engineering and helped other companies with designs. During World War II, he also helped with the German war effort and designed vehicles and weapons systems for the Nazi regime. Here’s how he went from consultant to Porsche founder.

Ferdinand Porsche was born in Bohemia, Austria-Hungary, an area now in the Czech Republic, in September 1875. According to Biography, he began work at an electrical company in Vienna, Austria, at age 18 and was quickly promoted to a management position. In 1897, Porsche built an electric wheel-hub motor and raced it in Vienna. Later that year, he began working in the electric car department at a company belonging to the Austro-Hungarian Army’s joint Imperial and Royal Army, or k.u.k.

One year later, Ferdinand Porsche created the first electric car, the C.2 Phaeton. At the World’s Fair of 1900, his wheel-hub engine received international acclaim. He later tested it in a race held at the Semmering circuit and won. He drove one of his own designs during his time as a reserve foot soldier in the k.u.k., and later as a driver for Archduke Franz Ferdinand.

Porsche became a technical manager of the Austro-Daimler company in 1906 before its merging with Daimler-Motoren-Gesellschaft (DMG) in 1923. In his time there, he helped create the Mercedes compressor car, the first to feature a supercharger.

Was Ferdinand Porsche a Nazi? 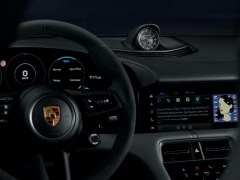 Why Do Some Porsche Models Still Not Have Android Auto?

According to many officials and historians, yes. Per War History Online, in his hometown of Vrastislavice, Mayor Ales Preisler says that Ferdinand Porsche gave up his Czech citizenship quickly when Hitler encouraged him to do so in 1935, years before Nazis occupied the country. Anti-Nazi war veterans and Jewish community members in Vrastislavice spoke out against a memorial in Ferdinand Porsche’s name, not mentioning his Nazi connections. They mention his affiliation with the SS paramilitary group prior to World War II and how prisoners of war were sent to work at a Volkswagen car plant Porsche managed. Czech historian Jan Vajskebr agrees Porsche was a Nazi and was on good terms with Hitler so he could get projects finished.

According to Forbes, one of Porsche’s principal financial backers, Adolf Rosenberger, was arrested in 1935 for “race defilement” and was facing prison time due to the Nuremberg Race Laws. Companies that were “Aryanized” — without any Jewish ownership — often paid less than the actual value of these assets to get what was owned by those of the Jewish faith. Knowing Rosenberger was Jewish, Porsche bought his ownership stake in the company on the cheap. Per Forbes, Rosenberger later said, “I don’t accuse Mr. Porsche and Mr. Piëch (Porsche’s son-in-law) at any rate of personal anti-Semitism. But…they used my membership as a Jew to get rid of me cheaply.”

Porsche and his son Ferry worked together on a heavy tank during World War II for the Tiger Program. Though it was later dropped for another company’s design, roughly 100 Porsche Tiger chassis tanks were produced and later converted to tank destroyers.

After World War II, Ferdinand Porsche was arrested by French forces and served 22 months in prison for his Nazi affiliation. He died shortly after his sentence in 1951 and left the business to Ferry.

Why are Porsche cars so popular?

It’s been decades since Ferdinand Porsche started the automotive brand. The Porsche founder died before the first 911 was produced in the early 1960s and Porsche sports cars began winning international endurance events in the 1970s. Over the years, the brand, now owned by the Volkswagen Group, has gained notoriety as a luxury performance automaker producing cars and SUVs.

Edmunds details that Porsche’s gained a well-deserved reputation for “razor-sharp handling and power aplenty, Porsche vehicles offer a driving experience like no other.” The 911 remains one of the best performance coupes on the market. MotorTrend and Edmunds both rank it among the best in the segment.

Additionally, Porsche’s also expanded its fleet of cars beyond the iconic coupe. The most affordable vehicle in its lineup, the Macan, is one of the newer models. Still, Porsche sales figures show it’s the best-selling Porsche vehicle in the U.S. Car and Driver calls it the best compact luxury SUV on the market. The Taycan, Porsche’s first electric vehicle (EV), debuted for the 2020 model year but has already built a reputation as a fast and stylish EV.

Though it won’t match the sales totals of parent company Volkswagen or competitors like Audi and Mercedes-Benz, Porsche cars are popular luxury vehicles thanks to their driving performance, luxury, and handling.