The 2024 model year marks the time of a new Goldilocks in the BMW lineup. The new 2024 BMW 5 Series arrives later this summer with several new powertrains, including a brand new BMW i5 electric version. The 5 Series is more comfortable than the 3 Series and more affordable than the 7 Series, making it the perfect BMW sedan in the middle of the lineup.

What powertrains will the new 2024 BMW 5 Series include?

BMWBlog reports a new BMW 5 Series arriving later this summer with two different versions. These two models will be the regular gas-powered 5 Series and an i5 electric car. The powertrain list has some that won’t be offered in the United States. That said, here are the powertrains expected:

Will there be an electric BMW 5 Series?

Yes, as mentioned, an all-electric version of the new 2024 BMW 5 Series arrives in the form of the i5 electric sedan. Although we don’t have the specific powertrain information for this new electric car, it should offer up to 367 miles of driving range. The current i4 and i7 offer this maximum driving range and can charge the battery at a rate of 90 miles of additional range in 10 minutes.

What body styles should we see for this new luxury sedan?

The next generation BMW 5 Series won’t change its body style offerings. In some markets, this car comes in sedan and Touring (wagon) body styles. We don’t expect the wagon to arrive in the United States. Our market’s affinity for SUVs has pushed wagons aside, even luxury models that could offer excellent performance and power, like the new 2024 BMW 5 Series.

Will there be an electric M5 version?

Plans are in place for a new electrified M5 which should be a plug-in hybrid sedan and the first electrified M5. This PHEV should bring a 4.4-liter V8 engine and an electric motor to produce nearly 700 horsepower. So far, we haven’t heard much about an M version of the i5, but knowing BMW, one should be offered soon after the release of the 2024 i5 electric sedan.

What aspects of the new 2024 BMW 5 Series won’t arrive in the United States? 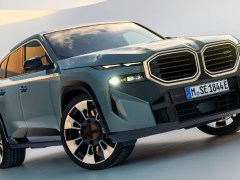 Haters Gonna Hate on the New BMW XM; Will You? 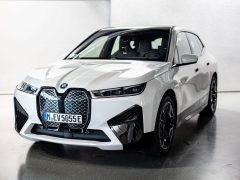 Arnie in the iX: BMW Super Bowl Ad With the Terminator Himself 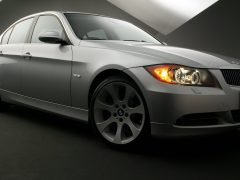 Don’t Follow the Pack: 7 Reasons a Sedan Is Better Than an SUV