Due to supply chain shortages, inflation, and carryover effects from the coronavirus (COVID-19) pandemic, used car prices have risen all over the country. Most states have a particular vehicle that is the most expensive, usually a recognizable brand, such as the Honda Accord, Toyota Camry, or Volkswagen Tiguan.

However, of all the used cars in Wisconsin, the least affordable model is a strange choice considering it’s not a highly sought-after or well-known vehicle. Can you guess which one it is?

What defines affordability for used cars?

According to a recent analysis by iSeeCars, “used car price increases have resulted in a 26.7% drop in used car affordability from August 2019 to August 2022.” Wages are not keeping up with the staggering inflation and climbing interest rates, resulting in longer loan terms and bigger monthly payments for an automobile.

Any score below 100 means the household income (obtained from the U.S. Census Bureau) may not be adequate to make the payment on a used vehicle. For instance, in Alabama, there is a 40.3% used car affordability threshold for 2022. With the average car price at $27,720, consumers looking for a used car in that state will have to pay $11,164 over the 2019 used car price for a Toyota Camry, making it no longer an attractive or affordable option.

The car search engine company estimated the car payment, assuming it is no more than 10% of the annual household income, based on Bankrate’s published loan terms and current interest rates for an automobile loan. It then analyzed the information by state and nationally to reach comparative results.

The least affordable used car in Wisconsin, according to iSeeCars

In Wisconsin, the used car affordability threshold is 39.2%, with the least affordable used car being the MINI Countryman. The average used car price in 2022 for the small but rugged crossover is $34,244, a whopping $15,714 more than the 2019 price.

The Mini Countryman comes with a 1.5-liter twin-turbo three-cylinder engine that delivers 134 hp and 162 lb-ft of torque. U.S. News points out that while the subcompact SUV has a stylish cabin with plenty of room for passengers, the base engine is underwhelming, and the vehicle offers a stiff ride. Paying more than $30K for a used crossover that receives marginal ratings seems a little excessive.

According to Wheels Inquirer, the best-selling cars in Wisconsin, based on sales from Q1-Q3 in 2018, were the Ford F-Series, Honda Civic, Honda Accord, Nissan Altima, and Toyota Tacoma. The MINI Countryman didn’t make the cut.

Other states with odd models for their least affordable used cars 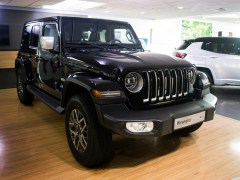 According to iSeeCars, the Honda Accord dropped the most in affordability, with eight states listing it as the least affordable option for a used car. The Nissan LEAF was the highest-priced used car in Florida, going 55.5% above the used car affordability threshold.