Consumer Reports, a magazine known for its unbiased reviews, spends money buying new cars to test every year. This is so the company can review as many cars as possible and provide the best buying options to its readers. Since Consumer Reports knows which vehicles have the best value at specific price ranges, it stands to reason the site negotiates good deals when buying its test vehicles.

How much does Consumer Reports spend on buying cars?

To gauge accurately how much Consumer Reports spends in one year, we would have to know what vehicles the company is buying and at what price. For example, in 2015, Consumer Reports spent about $2.7 million purchasing about 50 cars. So, the average money spent in 2015 on each car was about $54,000. This purchase occurred in a year when the average price for new vehicles was about $33,500.

According to the Kelley Blue Book, the average price for new cars was $48,681 in November 2022, which is $2,250 above the average price on October 21. So, $3.5 million was possibly spent this year buying test cars. Of course, it’s not important how much Consumer Reports spend on vehicles but how by spending on cars, the site helps you get the best value when purchasing them.

How does the review site buy cars for testing?

Consumer Reports buys cars anonymously. This is done to prevent manufacturers or dealers from manipulating Consumer Reports staff and reviews. For example, a dealer could try to sell the Consumer Reports car buyer a specific trim-level car for next to nothing to showcase that particular car. The dealerships and sellers may even convince the buyer to borrow a vehicle to gain publicity for a specific model.

Consumer Reports staff buy a car based on what CR members are interested in buying or learning about, not what might be the coolest vehicle to drive. So, the company purchases and tests various cars, including compact to midsize SUVs, electric vehicles, compact pickups, hybrids, luxury cars, and more.

How does Consumer Reports get the money to purchase cars? 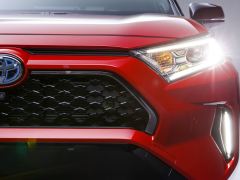 This Consumer Reports-Recommended SUV Is Under $30,000

Imagine if the company had a car manufacturer that presented a source of revenue in the form of advertising. CR wouldn’t want to lose that source of revenue by providing a bad review of the automobiles, so the review would not be unbiased, or, at the very least, would be perceived as unbiased. Additionally, the car manufacturer may want to restrict Consumer Reports to review only specific cars and models. Again, this kind of pressure does not encourage impartiality.

In addition to donations and grants, another source of revenue for buying cars is through magazine and website subscriptions. Members can choose between $10 monthly, $39 yearly, or $59 yearly membership subscriptions.