When I got word that I would be testing out the 2022 Lexus LX600 for an entire week, I got extremely excited. We don’t get the 300 Series Land Cruiser here in the states, so the LX600 is the next best thing. But, the LX600 I tested was the Ultra Luxury version. A six-figure, full-size SUV that only seats four people. And along with the folks over at MotorTrend, I was a little bit confused by it.

Is the LX600 available in the USA?

The 2022 Lexus LX600 SUV is available in the United States. And it’s really the only way that you can get a new Toyota Land Cruiser. The LX600 still offers the ruggedness and capability of a Land Cruiser, but it has been given the Lexus treatment. And that means luxury, luxury, and more luxury.

The base 2022 LX600 has a starting cost of around $90,000. And that makes it slightly more expensive than the current Land Cruiser. According to MotorTrend, despite this Lexus SUV being new for 2022, it does feel slightly dated. Not in terms of luxury and features, but the fact that it has the same wheelbase that it had back in 1995.

In the case of the LX600 Ultra Luxury, I found myself in an extremely comfortable cabin and commanding seating position. But, it was clear that the Ultra Luxury isn’t built for the driver but instead for the rear occupants.

With its high price point, the LX600 is not an SUV for the average consumer. Sure, you get perceived Toyota reliability, but it is not going to come cheap. Now, Lexus does have some pretty solid resale value. And, you do get the potent twin-turbo V6 engine that is found in other models like the Toyota Tundra.

On the highway, I found the 2022 LX600 to drive comfortably and smoothly. There was no issue getting up to speed, and passing folks was a breeze. Plus, those driver assist features do help on a long road trip like the one I took out to western Kansas. 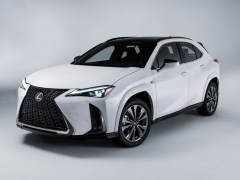 2023 Lexus SUVs: A Guide to the Luxury Brand’s Latest Crossovers

My only issue with this luxury SUV was merely the trim level that I tested. As an automotive journalist, I’m certainly not getting chauffeured around. So while the rear captain’s chair with full recline functionality and a massaging feature, they were lost on me. In fact, the front seats don’t even massage. If you needed any more indicators of what the LX600 Ultra Luxury is for.

Is the Lexus LX600 a seven-seater?

The new LX600 seats four to eight passengers, depending on which configuration you get. You can get this SUV with three rows of seats, three rows with second-row captain’s chairs, or just four seats.

Much like its Toyota sibling, the LX600 does offer some legitimate capabilities. But, it’s unclear who will take a six-figure full-size SUV into the wild. If someone does off-road a Lexus LX600, I would love to see it.