Used Toyota vehicles are pretty popular. They have a stout reliability ranking and a good resale value. It’s common to assume that the Toyota Tundra and the Toyota Tacoma are the most popular used Toyota models, but the winner is actually an SUV.

Suprise used Toyota RAV4 models are more popular than the used Toyota Tundra and used Toyota Tacoma. According to AutoWeek, the RAV4 is the seventh most popular used vehicle to buy.

The Toyota Tundra didn’t make it on this list. Also, there are no midsize trucks on the list, either. But at least the Toyota Tacoma can celebrate being the most popular midsize truck to buy new.

Used Toyota RAV4 models could be more popular due to having such high demand. It’s one of the most popular SUVs in its segment. The demand for the Toyota RAV4 Hybrid is so high that it’s been paired with $10,000 markups. It could be much cheaper to go for a used model.

How reliable is the RAV4?

You can easily find a reliable used Toyota RAV4 model. The RAV4 has a well above-average reliability ranking. It earned a score of 4.0 out of 5.0 from Repair Pal. This ranking is based on the cost, frequency, and severity of unscheduled repairs.

The average Toyota RAV$ model is expected to make it between 200,000 to 250,000 miles. However, there are some models that have surpassed 300,000 and even 400,000 miles. Also, remember that proper maintenance and regular care is the key to survival.

If you drive an average of 15,000 miles annually, then your RAV4 could provide about 16 years of service on the road.

A used Toyota RAV4 is high milage once it reaches between 100,000 to 150,000 miles. This is when the risk of minor repairs, such as replacing the brakes, belts, and water pump, increases.

What are the best used RAV4 model years? 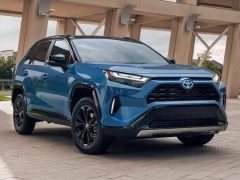 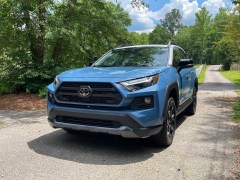 Some of the best used Toyota RAV4 model years come from the previous generation. Models manufactured between 2014 to 1018 may seem a bit older in terms of tech, but they could also be more affordable.

Specifically, the 2016, 2017, and 2018 Toyota RAV4 models have an extremely high-reliability rating with low reports of trouble and complaints. Older models from 2009 and 2010 also make the cut.

However, they debuted with tons of issues, such as lurching at low speeds, fuel tank issues, random acceleration, and electrical issues.

If you’re in the market for a used Toyota RAV4, you should be able to find an excellent deal. Just be sure to review the vehicle’s history first.