Over the past few years, the market for luxury SUVs has undergone significant change. SUVs, which were once just for the rich and elite, are becoming more and more affordable. While that’s good for those looking for something different, it can be confusing for those on a budget or who are not up to date with technology. That brings us to the 2023 Infiniti QX80, a very affordable luxury SUV model that still isn’t worth its price tag to many shoppers.

The Infiniti QX80 has the lowest starting price of the models ranked by U.S. News. Its interior cabin offers excellent space and creature comforts; it’s nimble on the road with good handling and powerful off-road chops, thanks to its advanced traction control system. Affordable luxury has become a popular market segment, but this car offers more than just good looks and a low price tag.

The 2023 QX80 is a questionable SUV choice, as it has many outdated features, including its design. The last time the QX80 received a redesign was over 10 years ago. The U.S. News unsurprisingly ranked it in eighth place with a score of 6.7. However, the QX80 has active safety features that give drivers peace of mind. This Infiniti also has one of the highest towing capacities in its luxury large SUV class.

Still, the model’s powerful V8 engine is very inefficient and has bad fuel economy, even for an SUV. Despite having 400 horsepower, the QX80 accelerates from 0 to 60 mph in 6.9 seconds, which is only average for a luxury SUV. Still, even with such a big family vehicle, it has remarkable brakes that are strong and simple to use in everyday driving.

The QX80’s third row is tiny compared to the rest of the vehicle. Although the high floor constrains the space in the third row, it is still better than some rivals. The captain’s seats in the second row can flip with the push of a lever and fall forward reasonably readily but not so easily that a child could do it.

For a big SUV, the QX80 offers some commendable attributes. Its weight, lengthy wheelbase, and lofty tire sidewalls provide some absorbing qualities over uneven terrain and minor bumps. However, larger, uneven impacts tend to violently shake the cabin from side to side.

There are better models than the QX80 to consider 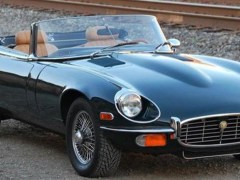 If you are in the market for a good luxury SUV, it would be better to spare the extra cash and buy a large luxury SUV with a better review, such as a Lincoln Navigator or the BMW X7. Kelley Blue Book says that the 2023 Lincoln Navigator’s MSRP will start at $77,635.

Although the 2023 BMW X7 has a slightly higher MRP at $77,850, it’s fuel-efficient with 375 hp at 5500 rpm and has seven-passenger seating. The Lincoln Navigator seats eight people and has plenty of cargo space and 440 hp at 5500 rpm. Other large luxury SUVs with better ratings, such as these, would be a better choice when purchasing a luxury SUV.