Mechanics and shop owners discovered a sneaky play that Tesla implemented sometime in the middle of last year on the 2023 Tesla Model Ys. Tesla slapped some smaller rear brake components hidden under sporty-looking red brake calipers. Tesla basically gave Model Y buyers an “upgrade” you could just as easily do at AutoZone. Despite the actual size of the rear brake parts, the calipers make them look bigger. 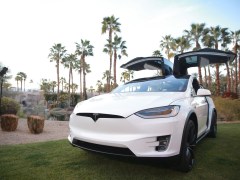 Marina Begins to Boil After Tesla Model X Falls In 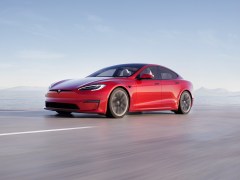 Did Tesla ever say the 2023 Model Y features new brakes?

CarScoops also mentions that the aftermarket Tesla parts supplier, ZEVcentic, took to the Twitters to share its unique insight. Sometime this past weekend, the ZEVcentric posted this little tidbit regarding the Tesla brake change to its feed:

As we took delivery of our 2023 Model Y last month. At some point Tesla decided to put caliper covers on the Performance Y. What does that mean? It's a smaller caliper and a smaller rotor which is the same on LR. So now you are just paying for the same brakes just red. pic.twitter.com/FXinpySrTu

“As we took delivery of our 2023 Model Y last month. At some point, Tesla decided to put caliper covers on the Performance Y. What does that mean? It’s a smaller caliper and a smaller rotor which is the same on LR [Long Range]. So now you are just paying for the same brakes, just red.”

This wouldn’t be that big of a deal without the fact that Tesla’s website specifically says that part of the Model Y Performance upgrade is “Performance Brakes.” Granted, the website copy doesn’t explain what that means exactly.

​​“You pay for an upgrade and don’t get an upgrade. Paint is not an upgrade in my book, much less a “performance” one,” ZEVcentric says.

There really doesn’t appear to be any advantage in these new red brake calipers other than, well, they’re red. I reckon if that matters to you, then you are in good shape. The first Twitter post references them being nearly identical to the brakes used on the Long Range model. CarScoops mentions the only measurable difference between the two sets of brakes is that the “performance” version’s rotor is 2mm thicker.

The folks at ZEVcentric also noted that the front brakes might also be the same. The shop hasn’t tested its theory. They have yet to confirm. However, the shop feels “duped” by the change in the rear brake rotors and calipers.

I feel like this question is being asked more and more frequently. Either way, practices like this aren’t helping customers feel better about the constantly shifting landscape that is Tesla. Maybe Elon will clear this all up in a Tweet.