Dazzling drivers since the Roaring ’20s, BMW set the standard for automotive, aircraft, and motorcycle engineering. The three-letter car brand never fails to evoke a sense of excellence, but it’s also an acronym that means something else entirely. So, what do the letters BMW actually stand for?

The luxury car company’s website says, “BMW stands for sheer driving pleasure.” A positive sentiment, to be sure, but that is not precisely what the three letters “BMW” stand for.

The acronym BMW is built from the first letter of these three words: Bayerische Motoren Werke. Translated to English as “Bavarian Engine Works,” BMW refers to the German state where the company originated and the high-quality motors they continue to manufacture.

In German, the full company name ends with “GmbH,” which indicates the Teutonic equivalent of an LLC, or limited liability company, explains Investopedia.

Possibly because  the three-letter acronym requires a full five syllables to pronounce, some automotive aficionados opt to call the famed luxury car a “Beamer,” “Beemer,” or “Bimmer.” Quicker to say than B-M-W, both nicknames originated in the U.S. “Beamer” was first used to refer to 1960s-era motorcycles, while “Bimmer” was coined by a Boston car club magazine in the 1970s, explains BMW.

Late Jamaican music star Bob Marley was known to drive a BMW, and it may have been because his band, Bob Marley and the Wailers, shared the same acronym, says Purple Clover. Vibe magazine quoted the reggae master as saying:

“I have a BMW. But only because BMW stands for Bob Marley and the Wailers, not because I need an expensive car.”

BMW wasn’t an overnight success in the automotive industry 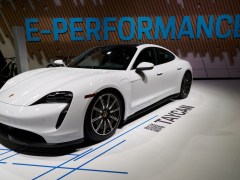 The 5 Best Production EVs for Driving on Ice and Snow, According to HotCars

Before BMW began manufacturing high-end luxury automobiles, the company made aircraft engines and fast motorcycles. After World War I, the Treaty of Versailles banned Germany from making airplane engines, so in 1920, BMW began building braking systems for trains under the auspices of the Berlin-based Knorr-Bremse company.

In 1923, the former aircraft engine builder debuted its first motorcycle at the Berlin Motor Show. Boasting an easy-to-service drive shaft and Boxer engine with transverse-mounted cylinders, the BMW R 32 is considered a milestone in motoring history, says BMW Group.

In 1928, the company purchased the Fahrzeugfabrik Eisenach company and acquired the rights to reproduce a German version of the U.K.-made British Austin Seven automobile. With specs virtually identical to the vehicle made by the Austin Motor Company, the BMW version was dubbed the Dixi 3/15 PS.

By 1936, BMW was back in the aircraft engine business. Shortly before the start of World War II, the company started making air-cooled engines at a plant in Spandau, Germany. At the end of the war, Allied forces requisitioned BMW plants across the country, dismantling the machinery BMW used to produce armaments.

By 1948, BMW was building and selling a revamped version of its pre-war motorcycle. The first post-war BMW car was the beautiful, albeit commercially unsuccessful, six-cylinder 501.

More about the BMW Dixi 3/15 PS, the automaker’s first car

Where historic cars are concerned, few are more fascinating than the BMW Dixi. With a 747cc straight-four engine in the front and rear wheel drive, the Dixi could attain a top speed of 75 mph. For a 15bph engine, this was a remarkable feat, says FitMyCar.

Dixi roadster, coupe, and sedan styles took around 10 seconds to accelerate from a running start to 25 mph and delivered an impressive 51 miles per gallon of gas. However, like all great things, it didn’t last long. BMW ended production of the Dixi in 1929.