The most reliable luxury car brand, according to Consumer Reports

According to Consumer Reports, Toyota is the most reliable brand, but Lexus takes the win in the luxury car segment. Essentially, this brand is a part of Toyota, the luxury division of the Japanese automaker, so it’s not really surprising that it offers top-notch reliability. Even some auto reviewers, like Kelley Blue Book, feel that Lexus has the best brand image of all the luxury brands on the market.

Lexus has six models that Consumer Reports gathered information on for 2022. The GX and the NX Hybrid have the highest predicted reliability scores out of the six vehicles. Of the two, the GX is the one with the highest rating.

The remaining four vehicles, the ES, UX, ES Hybrid, and the NX, have above-average reliability scores. The model with the lowest rating is the NX compact SUV.

Which automaker is the least reliable car brand for 2022?

While Lexus wins the most reliable brand for luxury cars, the automaker that wins (or loses in this case) the least reliable brand is Mercedes-Benz. It’s dead last in the 24th spot on the list of all automakers covered by CR in 2022. Due to more reliability issues, the brand fell five spots from 19th place last year.

That’s pretty disheartening since the brand makes some pretty incredible vehicles. Just a few bad apples are spoiling the barrel, so to speak. If you look back a couple of decades, you might remember some pretty unreliable models. Its older E350 model saw quite a few problems back in 2006, including fuel system issues, brake problems, and many ABS errors on the dash.

Then there was the C300, which was a nightmare for some owners; sunroof panel flying off while driving on the freeway, airbag inflators exploding and sending shrapnel into passengers, and an issue with the steering locknut.

Which Mercedes-Benz vehicle is the least reliable in the lineup? 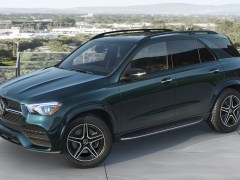 Consumer Reports Least Reliable SUVs for 2023, What to Buy Instead

There are only two models that Consumer Reports had enough data on to include in the survey’s report. Both models are rated poorly in the below-average range. The E-Class version rates the highest of the two, but not by much. That leaves the Mercedes-Benz GLE as the least reliable model of the brand.

This luxury midsize SUV had a fairly decent beginning regarding trouble spots. It saw a few engine problems and some in-car electronic issues, but overall the first couple of years weren’t too bad. However, things went downhill in 2020. The GLE had problems with its electrical system, climate system, power equipment, body integrity, body hardware, and in-car electronics.

Its 2021 and 2022 survey responses did see fewer complaints, and some of the previous issues have been improving. However, CR goes by the last three years, and the problems seen with the 2020 survey are just too numerous.

While Lexus offers top-notch quality for its reliable vehicles, Mercedes-Benz, with recent trouble areas on its models, finds itself the least reliable brand on the market.