The Kia brand has come a long way over the past several years, with each new line of cars being miles better than the last. Compared to other mass-market car brands for the 2023 model year, Kia has received more vehicle awards than any of them, currently sitting at five model-level awards for the 2023 K5, Rio, Sportage, Soul, and Telluride.

How has Kia improved?

Additionally, Kia models are some of the most reasonably priced vehicles, so, along with improved reliability and high resale value, Kia cars are quickly becoming more popular than they were 10 years ago. In fact, it’s become one of the most popular car brands in America.

Which awards did Kia win for the 2023 model year? 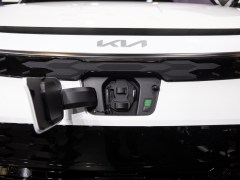 Five of Kia’s models won awards for the 2023 model year, including the K5 midsize sedan, Rio subcompact, Sportage compact SUV, Soul CUV, and Telluride midsize SUV. These were for the J.D. Power 2023 ALG Residual Value Awards. The models that received an award have a higher resale value than what is considered average for a vehicle, meaning they won’t depreciate quickly.

Although Kia used to have a bad reputation, the company is quickly climbing up the ranks as one of the most reliable car brands with a high resale value.